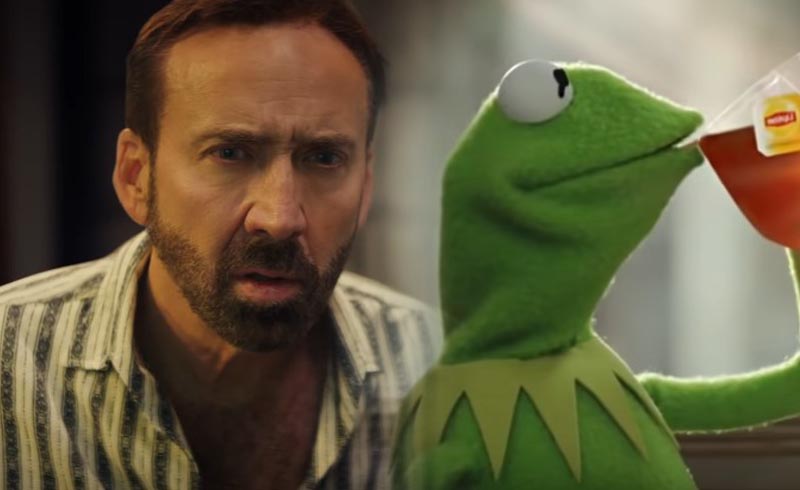 Nicolas Cage is currently doing the press rounds for The Unbearable Weight of Massive Talent, and with so many people wondering what he’ll be doing next, he says that he would be open to being in a Muppets film.

Talking to @TwitterMovies, Cage was commented on a post which pitched a Muppet remake of The Rock with Cage playing the only non-muppet character, to which he replied, “I would love to be in a ‘Muppets’ movie… I think Kermit and I could be best friends, and I’ve always had a crush on Miss Piggy.”

It’s funny that he should mention Miss Piggy, seeing that his recent hit, Pig had Cage playing a character who was obsessed with finding his lost truffle pig. Though the award-winning star has been in some very serious artsy films recently, it would be great to have him fooling around with Kermit and his gang of kooky characters.

While fans have debated endlessly about the merits of Cage as an artist, it’s only now that people are really starting to celebrate him as an icon. While every film he’s done hasn’t been perfect, you can always bet that Cage has managed to pull off one memorable performance after another, and even the so-called ‘bad’ films are opportunities to watch the actor really hone in on his craft.

Let’s hope that phone call from Disney comes sooner rather than later.

Catch Cage as himself in The Unbearable Weight of Massive Talent which is set to hits theaters on April 22.