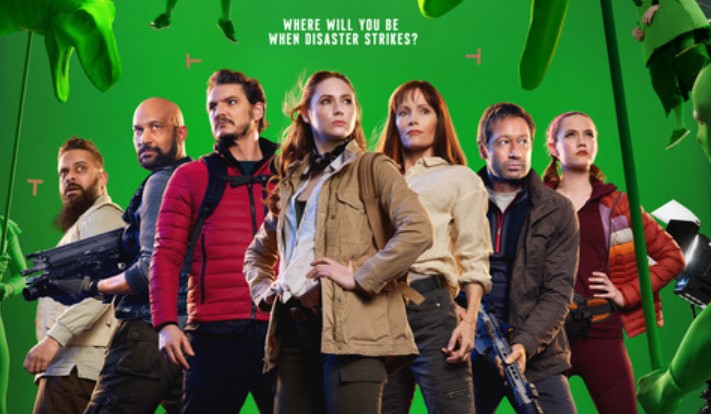 The pandemic has affected all kinds of industries, none less than the Hollywood, and there have been several kinds of new precautions taken just to keep cameras rolling. Apparently, Judd Apatow realized that it was a good premise for a comedy, and now we have a trailer for Netflix’s The Bubble.

Watch the trailer for The Bubble down here:

The Bubble is a comedy about a group of actors and actresses stuck inside a pandemic bubble at a hotel attempting to complete a sequel to an action franchise film about flying dinosaurs.

With all the stories that had come out during the height of quarantine in 2020, it’s going to be interesting to see just how things play out in this film. While we may have found some distance from 2020 now, it sure felt pretty apocalyptic at the time where absolutely no one was allowed to go out, and everything had to be shut down.

The film has actually had some interesting marketing, with Netflix releasing featurette’s for Cliff Beasts 6, the fictional movie that the characters in The Bubble are trying to make. If anything, it’s a commentary on blockbuster franchises as a whole, and you can imagine that Cliff Beasts was a jab at Jurassic World, which also had to shoot in the middle of COVID.

I’ll admit, Apatow hasn’t made a hit as big as 40-Year-Old Virgin in a while, but I’m expecting this film to come with the same heart and comedy that he’s known for.

Catch The Bubble when it premieres on Netflix on April 1.