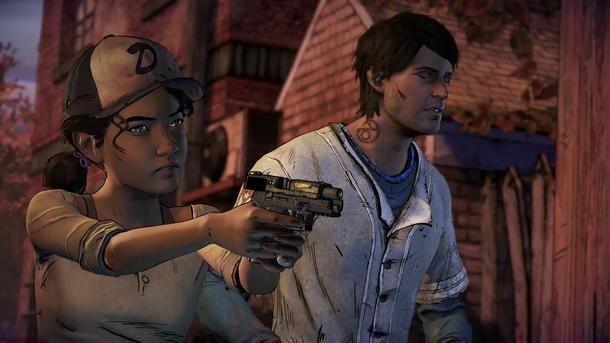 Telltale just revealed the first gameplay trailer for the impending release of The Walking Dead Season 3. In it, a new unnamed and unknown character was seen with Clementine, seemingly starring as a new companion for the young survivor. However, this new guy has a name and is confirmed to be more than just a newcomer to the series, he’ll be playable as well. But don’t worry, Clem will also remain playable.

Telltale’s Job Stauffer and Laura Perusco informed IGN of the character’s name, Javier, and relayed that he has never appeared in either the game series or the comics. According to Stauffer, Javier’s “been through a lot and he is central to this story. He is absolutely important to what’s going on. He and Clementine “have a lot of common goals, if not a lot of common enemies.”

What enemies the duo has in common is anyone’s guess, but Perusco was able to reveal that “this is very much a new story as much as it is a continuation,” in regards to Season 3 as a whole.

This is the second of Telltale reveals for the day, as fans were gifted a first look at Batman: The Telltale Series via a set of screenshots and the announcement of the cast. Batman is set to premiere on a yet to be specified date this summer, while The Walking Dead’s next outing is scheduled to begin rolling out sometime this fall.