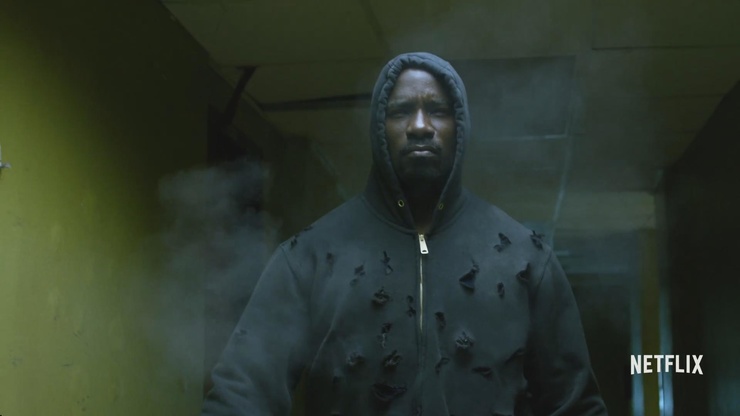 The ball is finally rolling on the next show from the glorious partnership between Netlflix and Marvel. Fans were wowed with Luke Cage’s stunning SDCC trailer, and we were recently given a new poster. Now is the time for an extended look at the Power Man in action. Check out the action-packed trailer below.

We see Luke Cage’s origin story unfold, in what appears to be a flashback, as he details how he reluctantly gained his powers. The new footage also shows off more of Rosario Dawson’s Claire Temple and a first look at Simone Missick’s Misty Knight. Mahershala Ali’s Cornell Cottonmouth is even more vicious here. However, let’s not discount the beauty that is him framed beneath the crowned head of Biggie Smalls as he talks of being King.

“After a sabotaged experiment leaves him with super strength and unbreakable skin, Luke Cage becomes a fugitive trying to rebuild his life in modern day Harlem, New York City. But he is soon pulled out of the shadows and must fight a battle for the heart of his city – forcing him to confront a past he had tried to bury.”