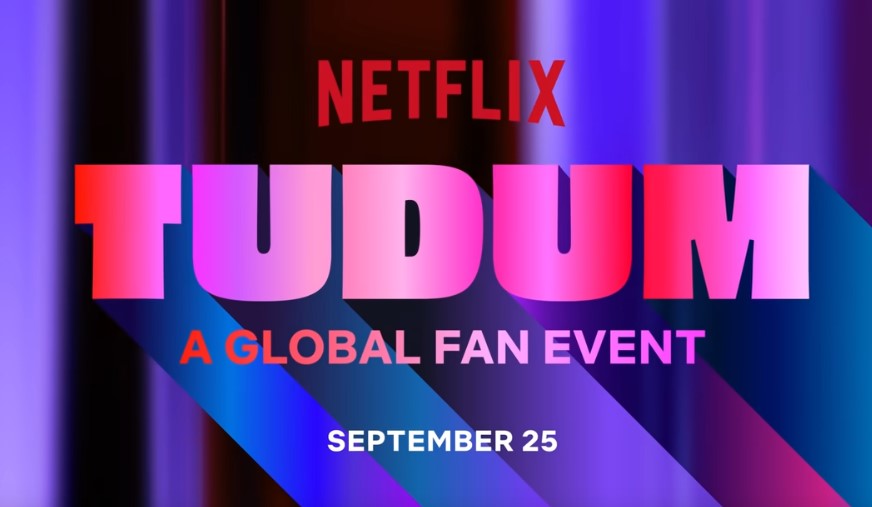 Fans are still reacting to the big reveals in Nintendo’s 2021 showcase, but Netflix is already gearing up for their big virtual event this coming Saturday.

On September 25, Netflix’s biggest stars and creators from around the world will join the virtual stage for an exciting day full of exclusives and first-looks. It’s our first ever global TUDUM event, and our goal is simple: to entertain and honor Netflix fans from across the globe.

Over 70 films and series will be featured throughout the three-hour event – including some of our most popular returning seasons like Stranger Things, Bridgerton and The Witcher, La Casa De Papel and Cobra Kai, as well as blockbuster films like Red Notice, Don’t Look Up, Extraction, The Harder They Fall, The Old Guard and more.

Besides the titles in the description, we should also expect our first reveals for Netflix adaptations of Cowboy Bebop and Sandman. While Netflix has had a reputation for botching anime adaptations, that hasn’t really stopped them from trying time and again.

I wonder when we’re going to get our first look at the live-action One Piece?

With DC, Disney, and every other huge game brand hosting their own virtual events, it was only high time before Netflix decided they could just have their own showcase. Hopefully this doesn’t mean that they won’t be showcasing anything in the bigger cons in the future like the San Diego Comic-Con.

Catch TUDUM when it launches Sept. 25.