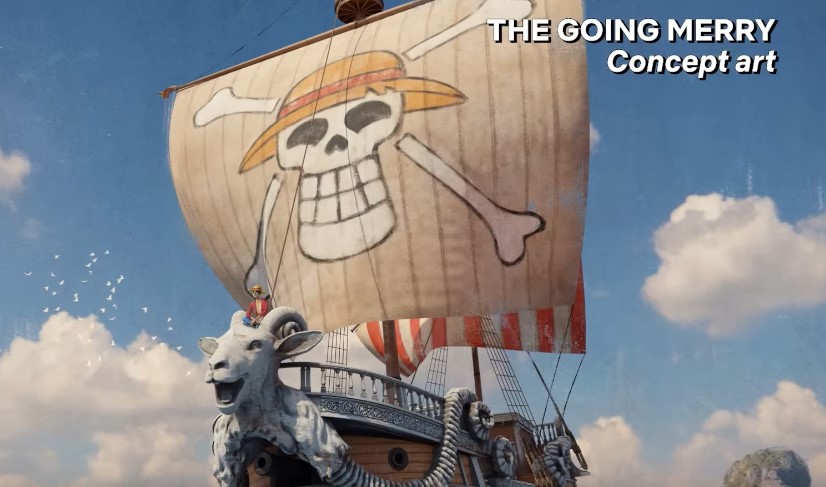 Netflix is currently on a mission to adapt everyone’s favorite anime into live-action, and after Cowboy Bebop, they gave the greenlight to One Piece. We don’t have a release date for the show yet, but we do have a new BTS featurette that gives us a look at some concept art and massive sets they’ve been building for the show.

Watch the trailer for the One Piece movie down here:

Get a first look at the sets of One Piece. Actor Iñaki Godoy and showrunners Steven Maeda and Matt Owens introduce a behind the scenes glimpse into bringing the world of One Piece to life.

There a multiple ways that the show can approach an adaptation, and it looks like they’re going to take the designs from the anime, and give them a more grounded, realistic look. That being said, some of the more cartoonish elements of the show seem to be making it to live-action—especially when it comes to the wacky buildings and silly ships.

Admittedly, Netflix’s track record when it comes to anime adaptations have been pretty poor, with the Death Note movie as well as the poorly received Cowboy Bebop. Though Netflix hasn’t had a hit before, I guess there’s nowhere to go but up. I’m sure they’ll find an adaptation that they’ll get just right, and hopefully it can be this One Piece series.

Maybe it’ll help to temper expectations to save yourself from disappointment; I mean, it’s just a suggestion.

No release date has been set for Netflix’s One Piece live-action series.