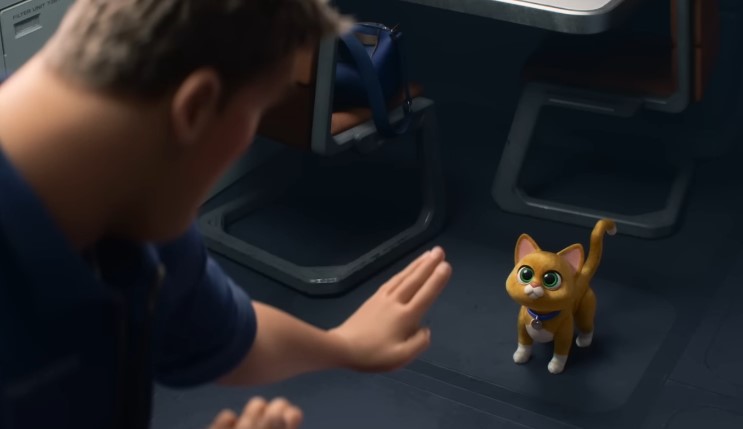 Besides the appearance of Buzz Lightyear the person, Disney Pixar seems to be strongly marketing the movie’s robot cat, Sox. Just in, we have a new clip from the movie where Buzz meets Sox, and we find out exactly what Sox’s job is when it comes to his relationship with Buzz.

Based on the clip, it looks like Sox will come in after Buzz’s unexpected time jump, and he’s been tasked to help Buzz in his emotional transition. I guess it’s kind of fitting that they would cast Chris Evans in the part; besides Buzz’s very soldier-like persona, he also goes through a time-jump that brings him to a future where everyone he knows is gone—except Steve Rogers got Nick Fury to help him out rather than Sox.

While it’s no Toy Story, the film is sure to provide us with some backstory for Buzz’s character. I guess it would be fun to revisit the first film after this one and see just how Buzz’s character is formed.

The definitive origin story of Buzz Lightyear, the hero who inspired the toy, “Lightyear” follows the legendary Space Ranger after he’s marooned on a hostile planet 4.2 million light-years from Earth alongside his commander and their crew. As Buzz tries to find a way back home through space and time, he’s joined by a group of ambitious recruits and his charming robot companion cat, Sox. Complicating matters and threatening the mission is the arrival of Zurg, an imposing presence with an army of ruthless robots and a mysterious agenda.

Lightyear is set to hit theaters on June 17.