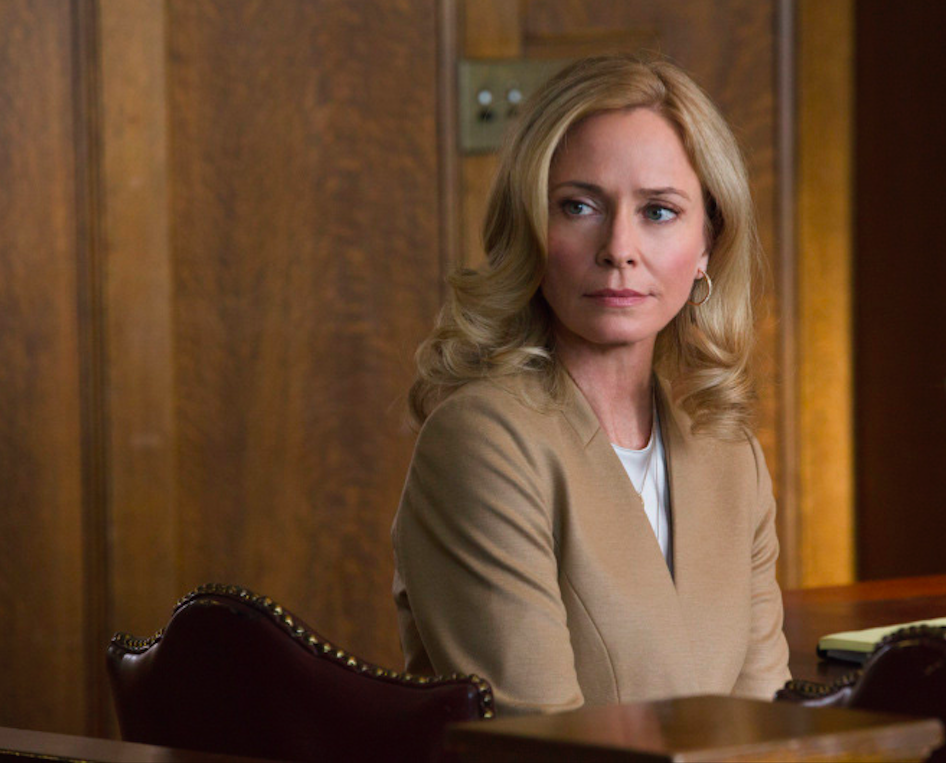 The dead are receiving life once more in Arrow’s impending 100th episode. Robert Queen is set to return in an unknown, but non-Flashpoint related manner. However, the surprise appearances won’t stop there. Entertainment Weekly is reporting Susanna Thompson is reprising her role as the Queen family’s matriarch. Of course, details on just how she’ll return are top secret. It’ll likely remain so until the celebratory hour arrives towards the end of the year.

Thompson’s Moira Queen has been away from the show for quite some time. She was brutally murdered by Slade Wilson in Season 2’s 20th episode, Seeing Red. The episode remains one of the highlights of the series, giving Susanna Thompson a chance to shine with two moving performances — present day and flashbacks. Prior to the unexpected killing blow, Slade told Moira he admired her courage. Interestingly enough, he’ll be returning in episode 100 as well.

Seeing Red was also notable for introducing Oliver’s son. Since everyone else is on board, should fans expect him to show up also? Jokes aside, Moira Queen’s reoccurrence has been teased in the past. Thanks, Stephen Amell. During SDCC at Nerd HQ, Amell was asked to play “Two Truths and a Lie.” His response was: “Oliver kills half a dozen people in the pilot episode of the season.” (Possibly true, check the most recent trailer.) “Flashpoint affects Diggle.” (Already confirmed.) And last, but not least, “Moira’s alive.”

With news of Moira Queen’s return making the rounds, it seems Amell was playing “Secretly tell three truths.” However, since it’s only confirmed she’ll be back for episode 100, perhaps his last tease is protected by a loophole. She’s technically not alive if her return is a result of time travel or timeline manipulation.

Things will begin making sense, or not, when Arrow returns October 5.