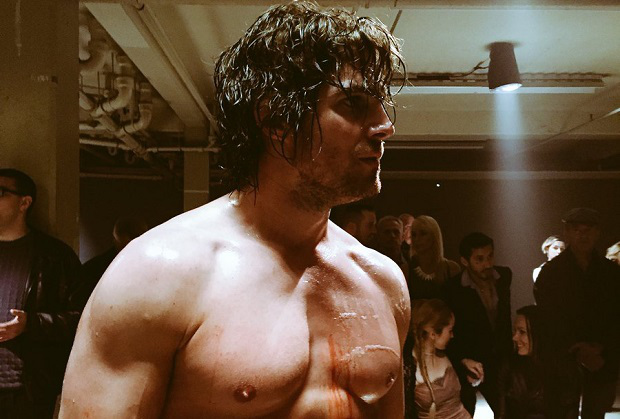 Stephen Amell has posted another lengthy trailer for Arrow Season 5. The two minute look may work to please fans who have missed the show’s golden days from Season 1 and 2. As Thea notes, Arrow has put “killing back on the table” and we see some pretty gruesome kills. It seems that after the death of Laurel, taking prisoners and causing fear is no longer a viable option. The trailer also gives us another peek at Prometheus, and it sounds like he’s using a voice modulator. Additionally, Dolph Lundgren and Cody Rhodes’ characters get more screen time. Check out the extended clip below.

Keep in mind, this footage is only from the first half of the show’s fifth run. Thus, we have to call into question how long Oliver’s brutality lasts this time. The character will go to some pretty dark places this season, where his old self will be put on full display once more. But should we expect change once he begins expanding Team Arrow, or will the new recruits be trained to kill as well?

Despite the many questions it raises, the trailer does answer a few. Chad Coleman’s character, Tobias Church, doesn’t seem to be in cahoots with Prometheus as some thought. However, the villain is seen roughing Church up. Will Prometheus specifically go after him, or is this a chance encounter? Either way, it’ll be fascinating to see the results. Perhaps the two won’t remain strangers for long.

There’s plenty of reasons to look forward to Season 5, and this trailer shows them off nicely. Here’s to hoping the show’s new focus will be visible throughout. With Deathstroke and a few other characters making a come back, Arrow is poised to return to what originally made it special. We’ll see how it all takes shape when the show returns Wednesday, October 5.