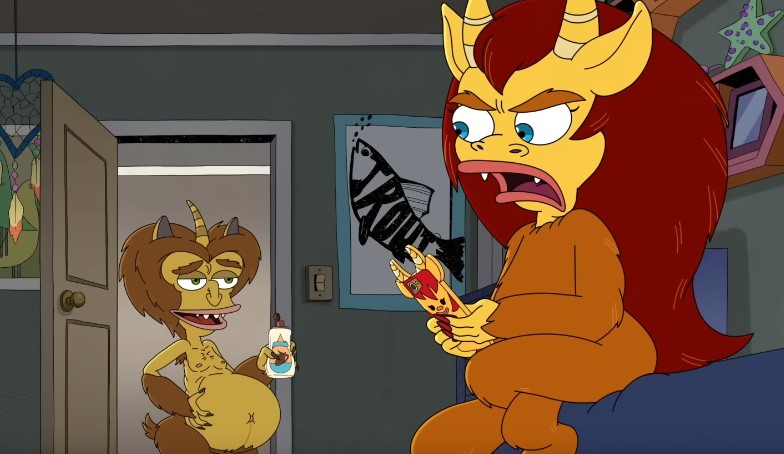 After a fun spinoff with Human Resources, Netflix is coming back to the OG hormone monster show with Big Mouth. The series is about to premiere their sixth season, and we have a teaser clip featuring Connie and Maury.

We don’t really get an update on the cast of the Big Mouth characters, but the clip does reveal that the series will be following the thread from Human Resources of Maury and Connie having a baby. We don’t really know what kind of thread the writers want to pull with this pregnancy, but since they already dealt with that in Human Resources with Ali Wong’s character, I think this monster pregnancy is just going to be played for laughs; at best it could be a way to develop the characters of the hormone monsters who kind of have their own story besides the kids they’ve been hanging around with.

Since it’s been more than a year since the release of the last season of Big Mouth, fans can’t help but think there could be some kind of time jump with the next season. After all, how long do they plan to keep these kids in high school?

The last we saw of Nick and Andrew, we were introduced to the concept of Love Bugs and Hate Worms. We don’t know what kind of new monster we’re going to meet in the next season, but it would be great if we got appearances from some Human Resources faces like the Logic Rock.

Hopefully they drop a full trailer soon. Big Mouth premieres with its sixth season on Netflix this Oct. 28.