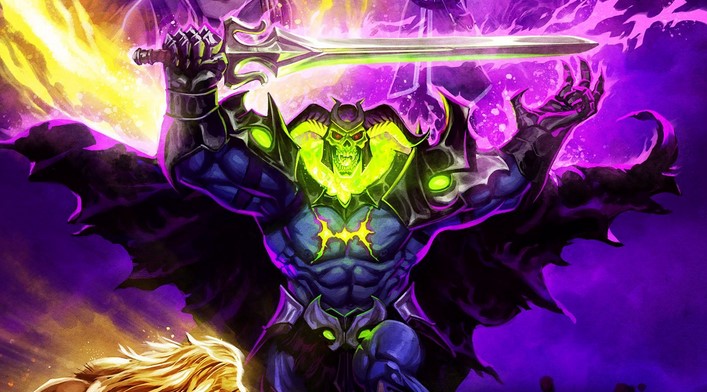 Kevin Smith had brought back the world of He-Man with Masters of the Universe: Revelation, and the finale of the first part had left fans’ jaws dropped with Skeletor claiming the Power Sword. Now the second part is set to come out later this year, and we have a release date.

Make no bones about it, Skeletor finally has the Power! Wanna see what @HamillHimself does to the Universe with it? And whither Ram Man? Check out Part 2 of @MastersOfficial REVELATION when it comes to @netflix on NOVEMBER 23rd! (This metal-as-Hell artwork is by @NathanBaertsch!) pic.twitter.com/xke6ATCvij

Though the original He-Man was a kid-friendly show, Smith had opted to age up Revelation and actually show us a series with some actual consequences—much to the dismay of some “true” fans. Here we actually got to see He-Man and Skeletor die, and we get to follow side characters like Teela and Evil-Lyn as they take the spotlight and try to restore magic to Eternia.

If you get past all the “anti-woke” criticism, the show actually has He-Man at the very heart of everything, and we actually get a character exploration of Prince Adam and who he is without the Sword of Power. What’s more, Skeletor gets his full-on villain moment when he’s the one who ends up claiming he “Has the Power.”

It’s all pretty crazy, and it’s such a shame that some people won’t give the series a chance because of their anti-woke stances. If anything, there are still a good chunk of fans that want #MoreMOTU and I can’t wait to see what Smith has in store for the second part, what with all the huge shake-ups he’s done with the characters.

Here’s the synopsis for Revelation:

A radical return to Eternia, REVELATION is a direct sequel series to the classic era of MASTERS OF THE UNIVERSE. … But after a ferocious final battle forever fractures Eternia, it’s up to Teela to solve the mystery of the missing Sword of Power in a race against time to prevent the end of the Universe!

Part 2 of Masters of the Universe: Revelation comes out on Netflix on Nov. 23.