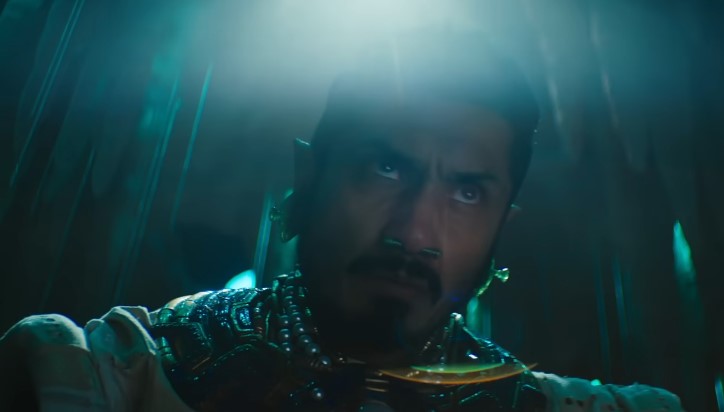 With Jason Momoa’s Aquaman already the ruler of Atlantis, Marvel had to make sure that their Aquaman, Namor was distinct enough for Black Panther: Wakanda Forever. Now we have an official description for Tenoch Huerta’s version of the character.

“The commander of Talocan, an ancient civilization hidden deep in the ocean.

Namor will stop at nothing to protect his people.”

We don’t know exactly how else the character has been changed, but just based on the visuals, Marvel is really leaning into giving Namor a more Aztec origin—which completely works for the character, and ultimately more interesting than another ‘hidden, advanced city, but underwater this time’.

It’s unclear what kind of conflict Talocan will have with Wakanda, but a clash between two hidden kingdoms is definitely something interesting that we haven’t seen in the MCU before. I just wonder how Namor is going to play off with whoever becomes the next Black Panther, because this film feels like it had to do a major rewrite after the death of Chadwick Boseman. A clash of two kings would have definitely been fitting for a Black Panther sequel, but now Wakanda Forever is taking up the herculean task of sending off the character of T’Challa while at the same time pushing the story of Wakanda forward.

Not to mention, it also has to be an entertaining film. Ryan Coogler has his work cut out for him.