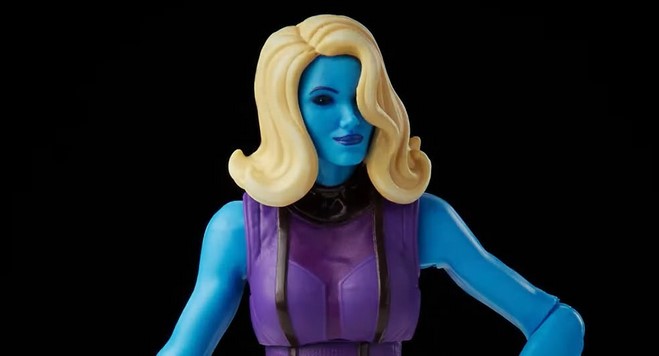 After the success of Loki, Marvel’s next Disney+ show, What If…? Is going the animated route. We already have a couple of teasers, but thanks to Hasbro Pulse, we have a better look at some characters as well as their names.

Included in the list of characters in this What If…? Wave are T’Challa Star Lord, Heist Nebula, Captain Carter, Dr. Strange Supreme, Zombie Hunter Spider-Man, and Zombie Captain America. The series Build-A-Figure is also that of Uatu the Watcher.

Though it isn’t part of the BAF wave, we’re also getting a HYDRA Stomper a.k.a. the ‘Iron Man’ suit that Steve Rogers pilots after Peggy Carter is given the super soldier serum. The figure doesn’t open to reveal a tiny Steve Rogers inside it though.

While there are a lot of very simple “What If” narratives that the show can follow, there are definitely some concepts that we didn’t expect. I mean, how in the world is T’Challa going to make it from Wakanda to space? Personally, I want to tackle the timeline where Gamora takes up Thanos’ position; likely the one where Nebula is also a non-cyborg.

With Marvel’s first 23 films tackling the Infinity Stones, some are guessing that the next phase of Marvel is going to be the ‘Multiverse Saga’. I’m not really expecting Kevin Feige and his team to have a well thought-out plan, but I am more open to experimentation this time around.