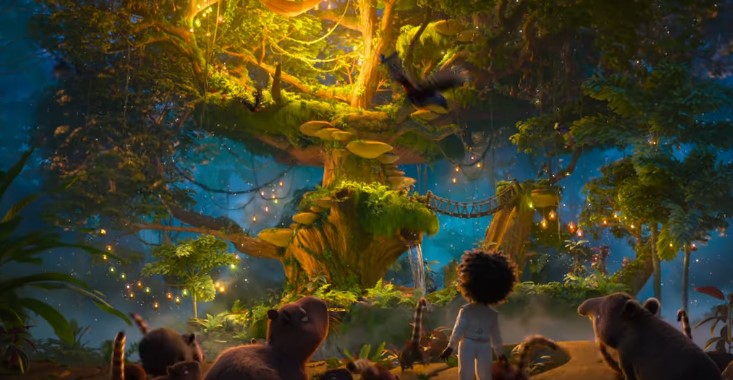 After Raya and the Last Dragon and Pixar’s Luca, Disney is now set to release their next animated feature Encanto. The Colombia-inspired movie is set to come out this November and we have a new teaser.

Watch the trailer for Encanto here:

Walt Disney Animation Studios’ “Encanto,” is the tale of an extraordinary family, the Madrigals, who live hidden in the mountains of Colombia in a magical house, in a vibrant town, in a wondrous, charmed place called an Encanto.

The movie is said to follow Mirabel (Stephanie Beatriz) the only non-magical member of the Madrigal family. Beatriz says about her character, “Mirabel is a really funny, loving character who also deeply yearns for something more… She’s also not afraid to stand up for what she knows is right—something I love and relate to very much.”

Some people have been making comparisons to Pixar’s The Incredibles, but it’s probably going to go a different direction since Mirabel doesn’t have any ‘gifts’ of her own. The obvious direction would be to have Mirabel earn a power in the middle of the film, but since this is Disney, I think there are going to be strong themes of ‘accepting yourself as you are.’

If anything, I love a good underdog story like Zootopia or Wreck-It Ralph, and I would like to see Mirabel find her special ‘gift’ in the movie in a way that she (and we as the audience) doesn’t expect.

Catch Encanto when it hits theaters on Nov. 24.