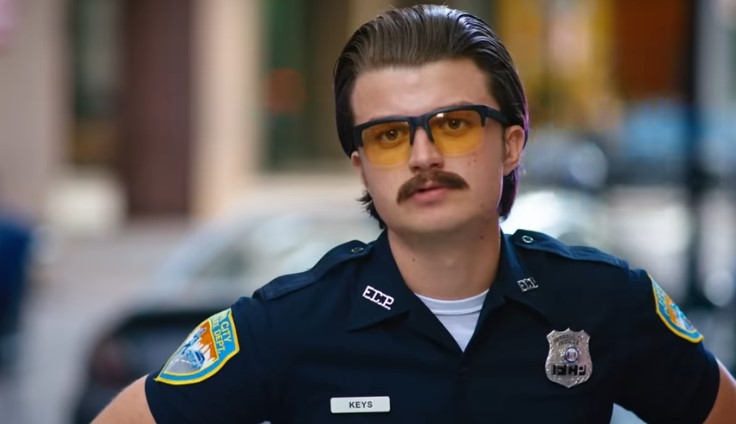 After multiple delays, 20th Century Studios’ Free Guy is finally coming out next month. We’ve been getting a steady string of promos, and just in we have a clip featuring the characters of Joe Keery and Utkarsh Ambudkar.

While we’ve known for a while that Taika Waititi will be playing the main villain of the game, it looks like Keery and Ambudkar will be playing his henchmen Keys and Mouser. While they could just be programmers, I think it’s fun that they also play their in-game avatars and try to take down Ryan Renolds’ Guy.

Ever since Stranger Things, Keery has found a steady rise to fame. Though his character Steve was initially a villain, he’s grown to become a very endearing character, and I think that’s what Free Guy is trying to bank on. I mean, Waititi is already pretty likeable on his own, so there’s no way anyone is going to really ‘hate’ the villains in this film. It just feels like it’s going to be good fun.

In Twentieth Century Studio’s epic adventure-comedy “Free Guy,” a bank teller who discovers he is actually a background player in an open-world video game decides to become the hero of his own story…one he rewrites himself. Now in a world where there are no limits, he is determined to be the guy who saves his world his way…before it is too late.

Catch Free Guy when it finally hits theaters on Aug. 13.