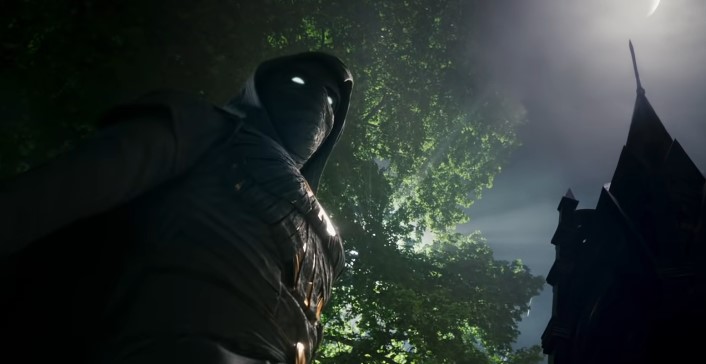 The Super Bowl had a lot of big reveals from Marvel Studios. Besides the trailer for Doctor Strange in the Multiverse of Madness, we also have a short teaser for the upcoming Moon Knight series starring Oscar Isaac.

Watch the trailer for Moon Knight down here:

While we do get a lot of shots that appeared in the first trailer, we do have more of Ethan Hawke’s character Arthur Harrow. We also get to see the series go full comic book panel when Moon Knight’s cape goes into the shape of a crescent moon.

Though the character of Moon Knight has been criticized for being Marvel’s Batman ripoff, the protagonist Marc Spector is considered one of the more unique hooks of the series. Because Marc is plagued with multiple personalities, criminals are just one of his problems, and he’ll have to wrestle for control of his body with his multiple other selves.

Let’s hope Marvel Studios manages to bring us something new with this more obscure hero. Though Phase 4 was expected to be a new era for Marvel, entries like Shang-Chi and Eternals still managed to feel like they followed the “Marvel formula.” With Spider-Man: No Way Home establishing a new status quo, we should expect bigger changes to happen moving forward.

The story follows Steven Grant, a mild-mannered gift-shop employee, who becomes plagued with blackouts and memories of another life. Steven discovers he has dissociative identity disorder and shares a body with mercenary Marc Spector. As Steven/Marc’s enemies converge upon them, they must navigate their complex identities while thrust into a deadly mystery among the powerful gods of Egypt.