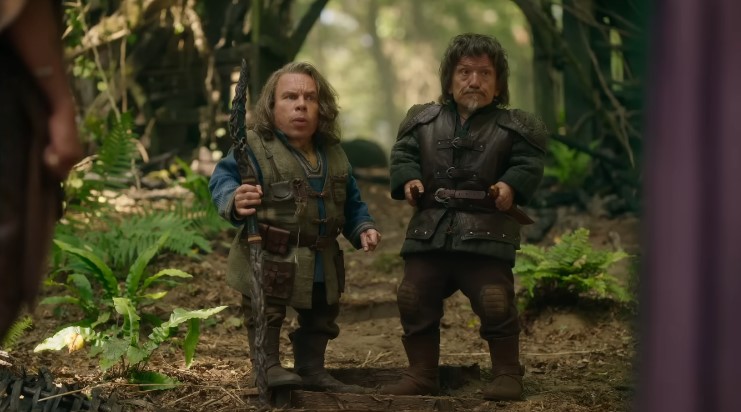 Lucasfilm may be best known for Star Wars and Indiana Jones, but they did have a stab at the fantasy genre with Ron Howard’s Willow. The IP is looking at a Disney+ series revival, and we have a new trailer featuring a wizened Willow and a new batch of friends.

It’s actually interesting that they were able to bring back as much of the original cast members as they could. They even got Kevin Pollak to reprise his role as a Brownie (a lesser faery) from the first film.

While Willow never really got the same level of spectacle that Star Wars did, the film still had a lot of heart, and the original movie was considered a cult classic. With Lucasfilm having access to a whole new branch of VFX toys though, you can definitely feel the upscaled visuals for Willow, and it’s going to be interesting to see where the story goes with this new group of heroes.

The fantasy genre is currently dominating with House of the Dragon and LOTR: The Rings of Power in the middle of their first seasons. I guess it was pretty wise of Willow to wait out their premiere and just come out around November. I mean, who are they going to compete with at that time? The Black Panther sequel?

Here’s the official description of the series:

An unlikely group of heroes sets off on a dangerous quest to places far beyond their home, where they must face their inner demons and come together to save their world.