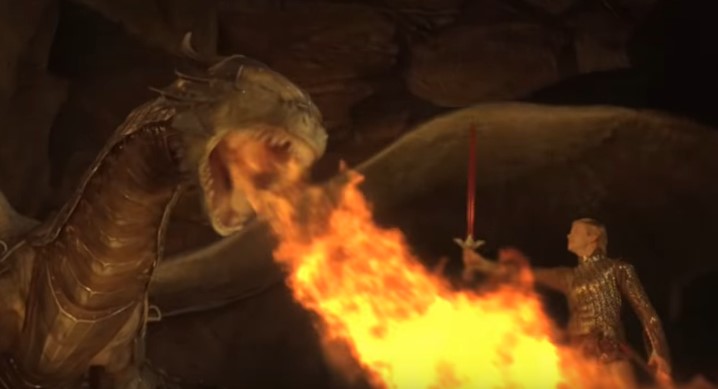 20th Century Fox had tried and failed to get an Eragon franchise off the ground back in 2006, and just like with the Percy Jackson series, it looks like Disney+ is going to try again.

According to Variety, a live-action Eragon series is currently in development at Disney, and the author of the books Christopher Paolini, has been assigned to co-write the show.

Eragon is the first of four books in The Inheritance Cycle and the story is described:

“The Inheritance Cycle” tells the story of a farmboy named Eragon who discovers an egg that hatches into a dragon he names Saphira. Through their bond and the help of his mentor Brom, Eragon learns to be a Dragon Rider, an ancient order that had long been thought to be wiped out by the evil king Galbatorix. Eragon and Saphira set out to defeat Galbatorix and free the land of Alagaësia from his tyranny.

Despite riding off the fantasy high of the Lord of the Rings movies, the series failed to capture the imaginations of audiences, and Fox put an end to the franchise with the first movie. We don’t know what Disney is planning to do with their reboot yet, but with Paolini onboard, hopefully we can get an adaptation that manages to successfully get a new generation of kids into the world of Alagaesia.

If you asked me, I would have preferred the spectacle of a film, but I guess a series does allow for better development of characters. I guess if the adults have Game of Thrones, maybe the series can provide a dragon show that whole families can actually watch together.

No release date has been set for Disney’s Eragon adaptation.