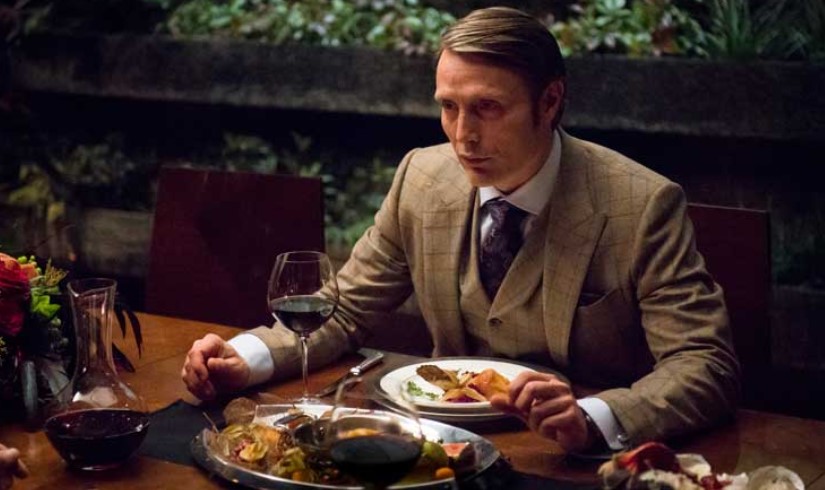 Hannibal the series may have ended back in 2015, but there have been some rumors going around that show creator Bryan Fuller is working on getting a fourth season up and running. Mads Mikkelsen was the star of the show, and he talks a bit about the future saying that Hannibal is just looking for someone to pick it back up.

Talking to Bloody Disgusting, Mikkelsen says, “I think there’s always new hope. I haven’t heard anything specific. I know [show creator] Bryan [Fuller] is still working on some ideas where we can find a new home for this. I also have a strong feeling that everybody who was involved in it would gladly pick up the glove again if that happens.”

The last season of Hannibal was completely out of the books and had Will Graham throwing himself and Lecter off a cliff. With Season 4 possibly covering the events of Silence of the Lambs, I’m guessing that Hannibal will have survived the fall, only to be arrested again, then he will be forced to work with Clarice Starling to find the serial killer Buffalo Bill.

Though the show did take some liberties from the original source material, I thought it presented all the characters really well. Protagonists Will Graham and Hannibal have excellent chemistry, not to mention Mads Mikkelsen makes eating people looked fancy as hell.

No release date has been set for Hannibal 4, but hopefully someone picks it up soon.

Looking at you, Netflix.