Ahead of San Diego Comic-Con later this week, TV Insider has debuted Luke Cage’s first poster. Illustarted by artist and Marvel CCO Joe Quesada, the poster will be available for fans to get at the convention from June 20-24. This isn’t Quesada’s first rodeo, as he also designed key art for both seasons of Daredevil. However, that expertise doesn’t make the task any easier. “There’s always great pressure with superhero posters,” Quesada told TV Insider. “You’ve got one shot to encapsulate a character with a pose that’s provocative and that you hope will someday be iconic.” There’s no denying his success of doing just that. Feast your eyes on the key art below. 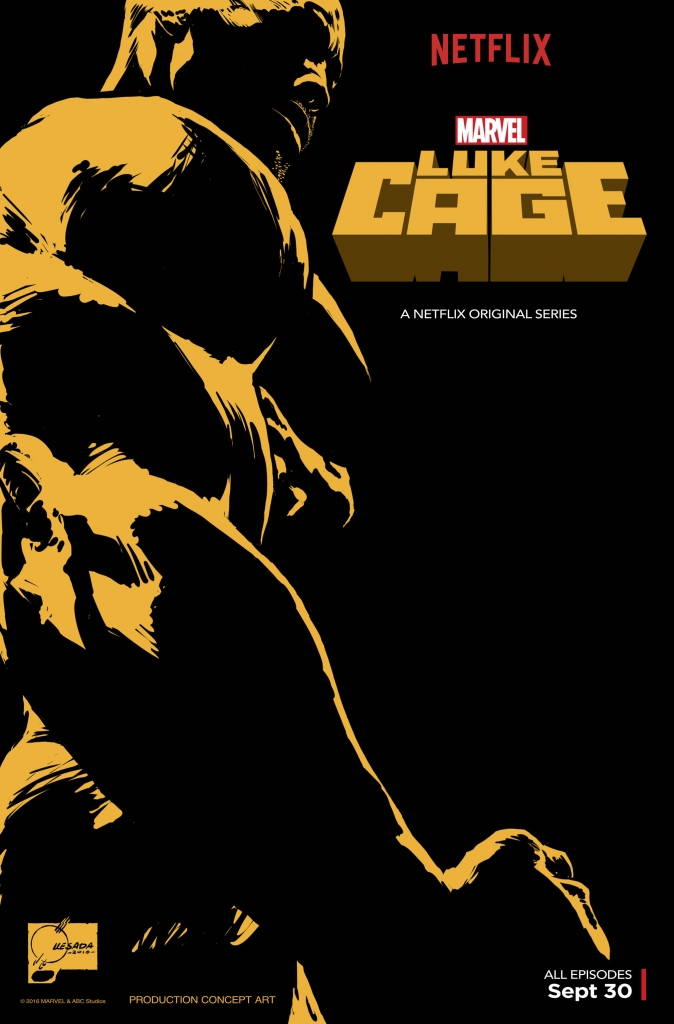 Of course, such a look isn’t all in the artist. Creating artwork based on a live-action performance starts with the performer. Enter Mike Colter, who first debuted Luke Cage on Jessica Jones as the indestructible man and the titular character’s lover. “Mike gives Luke a smoldering strength,” Quesada spoke of the actor. “He’s sexy and calming. And the ladies love it.”

Footage from the show is expected to premiere at SDCC, alongside the cast and crew’s Thursday evening panel. Despite its going live September 30 on Netflix, much about the show is being kept under wraps. Characters such as Cotton Mouth, Misty Knight, and Diamondback are confirmed. Power Man is sure to have plenty more surprises to offer; thankfully, the wait is nearly over.