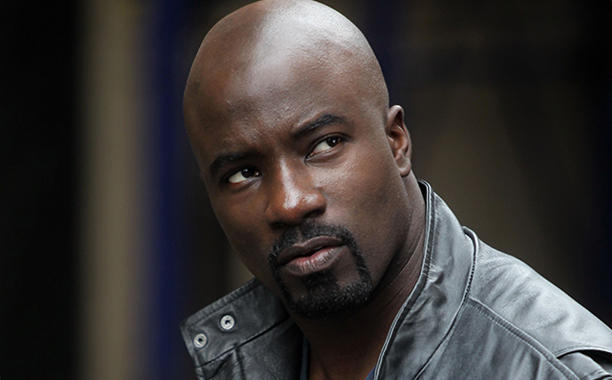 Filming of Netflix’s Luke Cage series is well underway, as the show gears up for its impending fall release. Little is known about the plot, but Mike Colter recently revealed a few tidbits, stating there would be “shady characters” to look out for, although he couldn’t reveal who. However, it’s no secret the man with unbreakable skin will have a few villains of his own to battle, as he departs the Hell’s Kitchen he leaves behind in Jessica Jones, headed for Harlem. One of those villains, Erik LaRay Harvey’s Willis Stryker/Diamondback, has been spotted on the show’s set. First Look posted the images, but you can get a peek of what to expect in the photo below.

In the comics, Stryker and Carl Lucas (Luke Cage’s birth name) grew up together as best friends on the streets of Harlem. The two were recruited into a gang, where they were both eventually promoted. Over time, Lucas chose to get his life on a straight and narrow path, ditching his former lifestyle and getting a steady job. The two remained friends, until Reva Connors (Cage’s wife in Jessica Jones) came between them. In an act of revenge, Stryker planted drugs in Lucas’ home, which earned the would be hero a stint in prison. Lucas, of course, gained powers, broke out of prison, and changed his name to Luke Cage (clever, right?).

The two have a mutual rival in Cornell “Cottonmouth” Stokes (Mahershala Ali), so it’ll be interesting to see how that arc works its way into the show’s first season. Seeing how the show ties into to other Marvel/Netflix series will also be fascinating, especially since Daredevil’s Claire Temple (Rosario Dawson) will be involved.

Luke Cage will be available in all its binge watching glory on September 30.