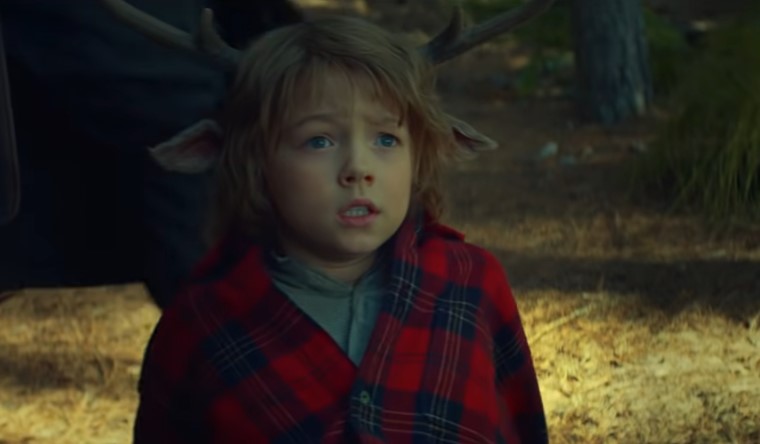 Sweet Tooth was a comic from author Jeff Lemire that was published by Vertigo back in 2009 and it ended its run in 2013. Now Netflix is set to adapt the comic into a series, and we just got the first trailer starring Will Forte, Christian Convery, and Nonso Anozie.

Watch the trailer for Sweet Tooth down here:

Based on the beloved DC Comic, and Executive Produced by Susan Downey & Robert Downey Jr., Sweet Tooth is a post-apocalyptic fairytale about a hybrid deer-boy and a wandering loner who embark on an extraordinary adventure.

Looking at the original comic, it looks like the movie is going for a more ‘warm’ aesthetic as the lead character Gus (Convery) looks a little less gaunt than his comic counterpart. With Robert Downey Jr. and Susan Downey attached as producers, I think we should expect this movie to be more kid-friendly—not unlike RDJ’s attempt at a franchise with Doctor Dolittle.

Though post-apocalyptic stories tend to lean closer to a more rugged/horrific aesthetic, Sweet Tooth feels very different in a sense that the movie kind of embraces nature and animals. While the state of the world is ‘bleak’ on paper, the colors and environment look peaceful—like something out of a Tolkien  book.

It’s also worth noting that there’s a virus in the middle of the plot, so it’s going to be interesting to see how that relates to the current social climate, seeing as that a lot of us are still currently dealing with a real-world pandemic.

Catch Sweet Tooth when all episodes come out on Netflix on June 4.