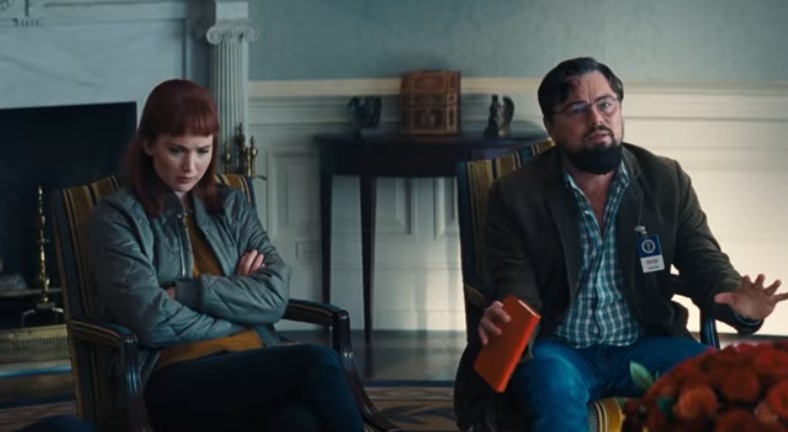 Director Adam McKay was best known for his comedy films like Step Brothers and Anchorman, but lately he’s been lauded for his work on more political films like The Big Short and Vice. Now Netflix has dropped a new trailer for McKay’s next project Don’t Look Up, and it looks to be a culmination of his genres.

Watch the first trailer for Don’t Look Up here:

DON’T LOOK UP tells the story of two low-level astronomers who must go on a giant media tour to warn mankind of an approaching comet that will destroy planet Earth.

Off the bat, you can see that the movie has a very start-studded cast full of award-winning actors, from Leonardo DiCaprio to Meryl Streep; even Timothee Chalamet found his way into this movie.

Though The Big Short and Vice were based on real-life events, it looks like Don’t Look Up has a completely fictional story. The situation may seem dire, but I guess the comedy bit of the film shines with moments like Jonah Hill and Streep’s characters getting ‘bored’ of ‘end-of-the-world’ meetings.

I’ll admit, I kind of miss McKay’s comedy work and Step Brothers will still be better remembered in pop-culture than The Big Short or Vice, but I am open to seeing him take on a fictional story that actually looks kind of serious. With the impressive cast they’ve managed to gather for the film, I can only imagine how great the script is.

Catch Don’t Look Up when it hits Netflix and select theaters on Dec. 24.