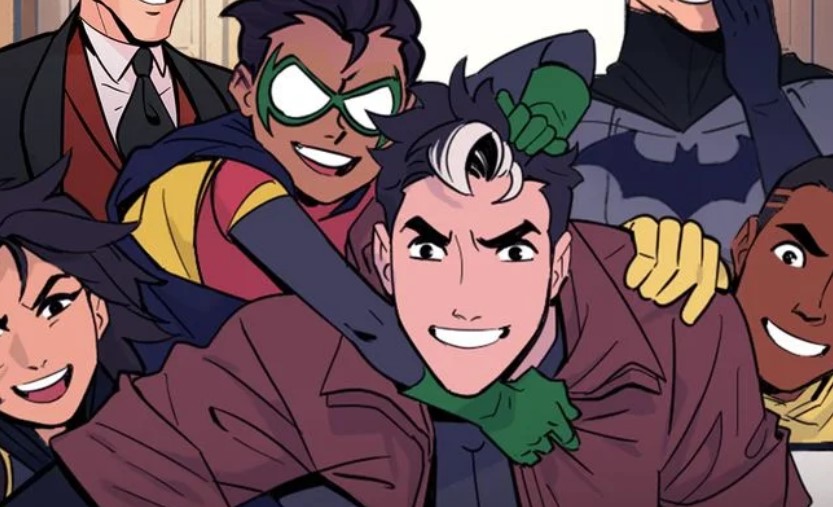 Though comics have been around for a while, webcomics are a generally new medium where artists create comics exclusively for the web. DC has teamed up with Webtoon for a new comic called Batman: Wayne Family Adventures, and you can read the first three chapters now online.

How do we join this family?! 🦇

Batman: Wayne Family Adventures follows some of our favorite Superheroes. Read the first series out of our partnership with @DCComics!

and you can read the comic here.

Though Batman is known mostly for his dark tone and action, Wayne Family Adventures embraces the slice-of-life genre and has Bruce, along with the rest of his Bat-family, getting into family-friendly, light-hearted shenanigans.

The comic also introduces us to the newest addition of the Bat-fam, Duke Thomas, and the comic starts with him moving into Wayne manor and getting acquainted with the rest of the team. Besides Duke, we have all the fan-favorites like Damien Wayne, Jason Todd, Cassandra Cain, and Tim Drake. Even Comissioner Gordon gets an appearance beside original Batgirl (now Oracle) Barbara.

DC general manager Daniel Cherry III (via CBR) had this to say about the new series:

“DC is excited to introduce our iconic characters to a new generation of fans worldwide… We’ve been working closely with the Webtoon writers and artists to adapt our characters and stories to Webtoon’s mobile format. Our shared goal is to create fun and compelling DC stories that all readers will enjoy. This partnership is yet another example of DC’s ambition to ‘meet fans where ever they are’ and continue sharing DC fandom.”

Take note that this won’t be official canon, but rather just a fun look at the world of the Dark Knight. I have to say, the art from lead artist StarBite looks perfect for the tone of the series, and it’s going to be fun to see Bruce’s relationship with the rest of the Bat-Family aside from crimefighting. Hopefully writer CRC Payne has some more fun chapters incoming; Bat-beach episode, anyone?