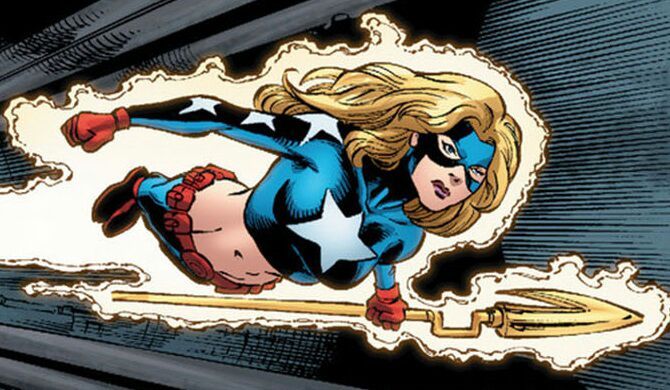 The Justice Society of America will be formerly introduced in Legends Season 2, and member Stargirl has just been cast. According to IGN, the upcoming Power Rangers’ Sarah Grey, who plays a character named Amanda, will portray the heroine. She’ll be joining Patrick J. Adams’ Hourman, Matthew MacCaull’s Commander Steel, Maisie Richardson-Sellers’ Vixen, and the still yet to be cast Dr. Mid-Nite and Obsidian.

Created by Geoff Johns’ Stars and S.T.R.I.P.E. #0 in 1999, Courtney Whitmore aka Stargirl is a powerful character who can manipulate stellar energy with her Cosmic Staff. The staff allows the users, members of the Starman legacy, to manifest a number of abilities. Said abilities include: flight, energy manipulation, object levitation, force field creation, and much more.

More interesting Legends of Tomorrow news is a photo of the JSA’s table. We’ve already been given a look at the Golden Age team’s official logo; now we get to see how it’ll be used. In one way, at least. The photo below comes courtesy of SuperHeroHypeUK on Twitter. 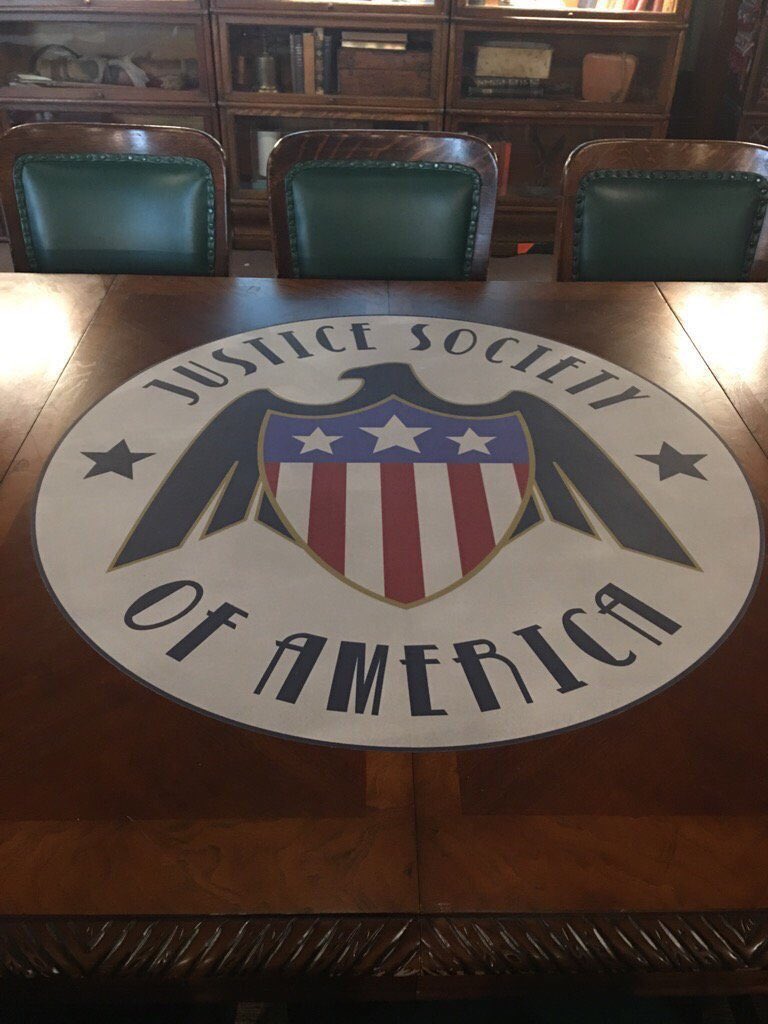 Now the question is where this table is being housed. Will the team’s headquarters be in a hotel suite similar to earlier iterations of the JSA? That too remains a mystery, but we can’t wait to find out. Information concerning the Legends’ introduction to the JSA is being kept quiet. Although, we do know the second episode of Season 2 is entitled Justice Society of America and some time will be spent in the 1940s.

Let the teases and casting announcements keep coming, because it’s only adding to the hype. The show’s structure is supposed to have drastically changed from Season 1, in an attempt to tell a more cohesive narrative. That, combined with the Legion of Doom’s formation, is sure to provide one hell of a sophomore effort. In case you missed it, check out Season 2’s first trailer here.