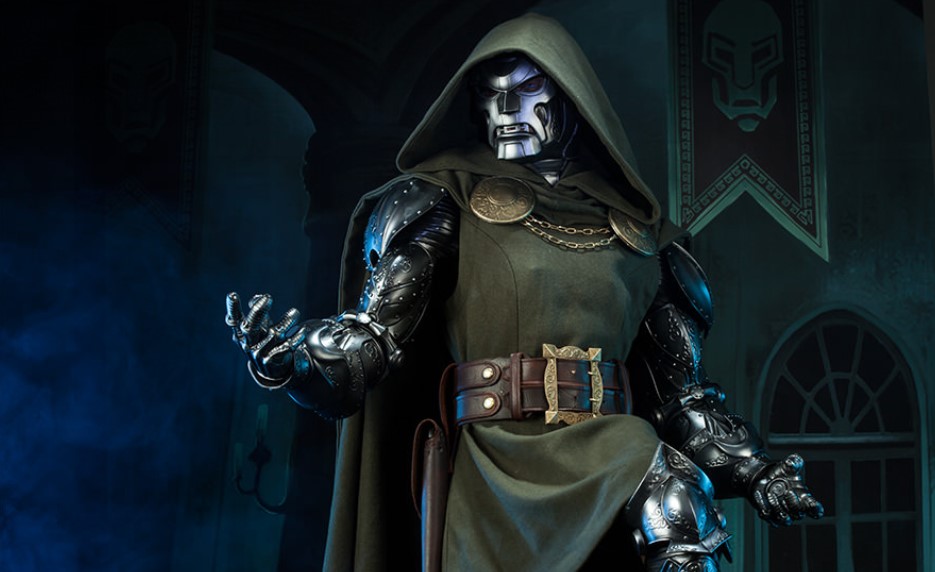 With Mister Fantastic making an appearance in Doctor Strange 2, fans are already speculating when we’re going to meet his nemesis Doctor Doom in the MCU.

What’s cool is, there’s some alleged pre-vis from Marvel which is said to be a look at Doctor Doom’s armor. Take note, this hasn’t been officially confirmed:

Doctor Doom isn’t going to be the villain of Wakanda Forever. Marvel are building him up to be the next Thanos level character. IF this Pre-Vis is legit, he’ll appear in the credit scene. pic.twitter.com/dqSYMabAgV

Since full suits of armor have a different context when it comes to the Marvel Cinematic Universe, it makes complete sense that Doom would sport one. I guess it’s his own special flair to add the green cloth around the armor and treat it like his own skin.

Ever since Thanos, Marvel seems to be grasping at straws for their next big villain. If anything, a lot of characters are vying for the ‘ultimate villain’ title of the next Marvel saga. Some say it could be Doctor Doom, but others are convinced it could be Kang—who is going to be appearing in Ant-Man and the Wasp: Quantumania.

With Marvel moving closer and closer to the comic origins, I think it would be great if they really managed to capture the nuance of Doctor Doom as character. Sure, he’s a super genius proficient in science and magic, but he’s also the ruler of his own small country, complete with loyal subjects who think he’s the best.

We don’t know who they could cast in the role, but a lot of fans are hoping that the franchise just bring back Mads Mikkelsen. I mean, who even remembers him as the villain of Doctor Strange? They could make him some kind of variant or something if they really want to stick to a certain canon.

Doom is speculated to be teased in Black Panther: Wakanda Forever, which hits theaters on Nov. 11.