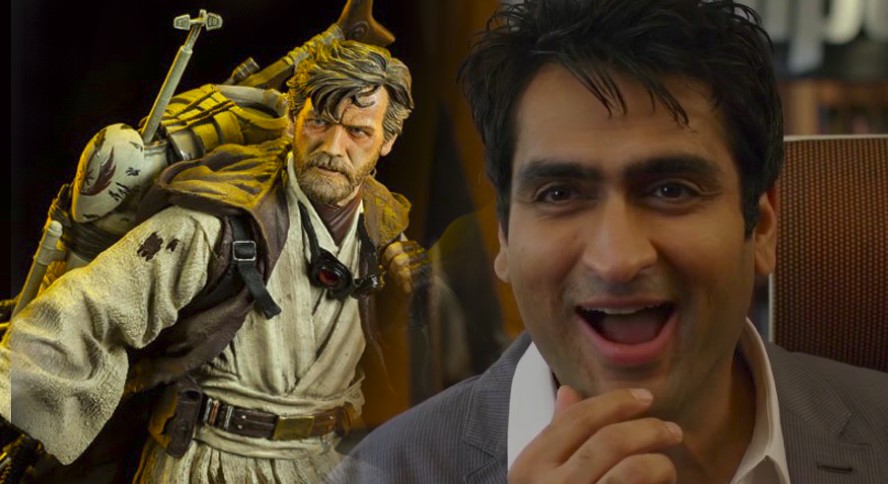 Everyone is excited to watch Silicon Valley star Kumail Nanjiani jump into the Marvel Universe, but right after, he’s going to be in a galaxy far far away with Obi-Wan Kenobi. We haven’t had any big reveals for Kenobi as of late, but Nanjiani takes the time to tease who he’s playing.

Talking to Rolling Stone, Nanjiani talks about his excitement, jumping from Marvel to Star Wars. He explains:

I talked to [director Deborah Chow] and we had a great conversation. And the character sounded awesome — I was so excited about this character. We haven’t seen this exact thing in Star Wars yet. This is like a new version of a type of Star Wars character we’ve seen before.

While Nanjiani didn’t drop any specifics for his character, we do know that he gets to sit on a desk and have a chat with McGregor’s Kenobi. Nanjiani describes his experience, “I looked and I was like, ‘Wow, the walls are projected.’ The only thing that was real in the whole room was the desk I was sitting at. It was wild.”

With several archetypal characters in Star Wars, there are several types of characters that Nanjiani could play. He could be another scoundrel/Han Solo type, but I’m guessing that he’s actually a kind-hearted Imperial, and Kenobi befriends him and takes him on his adventure.

Until Lucasfilm reveals anything, all fans can really do is guess.

The Obi-Wan Kenobi series is expected to debut sometime next year. Catch The Book of Boba Fett when it hits Disney+ on Dec. 29. You can also catch Nanjiani when Eternals debuts on Nov. 5.