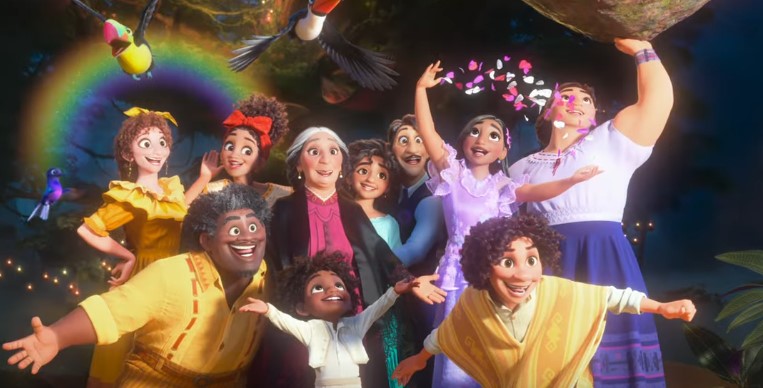 After Raya and the Last Dragon drew inspiration from Southeast Asian culture, Disney is looking to explore Colombian culture with their next animated movie, Encanto. The film is set to come out this November, and we now have a full trailer delving into the plot, and giving us more of protagonist Mirabel.

Watch the trailer for Encanto down here:

Walt Disney Animation Studios’ upcoming feature film “Encanto” tells the tale of the Madrigals, an extraordinary family who live in a wondrous, charmed place called an Encanto. Each child has been blessed with a magic gift unique to them—each child except Mirabel. But when the family’s home is threatened, Mirabel may be their only hope.

Brooklyn Nine-Nine fans will recognize the voice of Mirabel as she’s played by Stephanie Beatriz. Other actors in the film include John Leguizamo, Diane Guerrero, Wilmer Valderama, Carolina Gaitan, and Maria Cecilia Botero.

Music from the film also also comes from Lin-Manuel Miranda, who had already worked with Disney on songs for Moana and the upcoming Little Mermaid adaptation. He was also performing alongside Emily Blunt in Mary Poppins Returns.

While the first teaser kind of felt like a Colombian version of Harry Potter, the new preview has confirmed that the main chunk of the story is not just about Mirabel finding her magic, but also trying to restore the magic of the rest of her family. If anything, the living house concept is kind of a reversal of the more horror take of Monster House.

Catch Encanto when it hits theaters on Nov. 24.