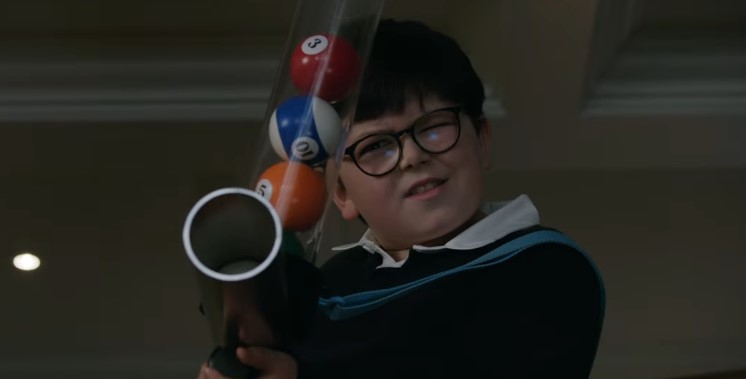 The holidays are almost here, and that means that a lot of people are going to be revisiting the classic Home Alone starring Macaulay Culkin. Disney and 20th Century Studios are set to reboot the franchise this year, and we just got our first trailer for Home Sweet Home Alone.

Watch the trailer for the  reboot down here:

If you think the new lead kid Archie Yates is familiar, that’s because he plays the adorable Yorkie in Taika Waititi’s Jojo Rabbit. We don’t know if he’s ever going to reach Culkin levels of popularity with this film, but I think he makes for an adorable miniature Nick Frost.

So far the story looks a lot like the original film, with “Kevin” being left alone at home and two bandits (Ellie Kemper and Rob Delaney) attempting to get into the house. We get shots of Yates fooling around at home, and some teases for elaborate kid-friendly MacGyver traps and weapons.

Like every property flirting with a beloved franchise, the trailer has already seen a wave of backlash online, with the video currently at 14k dislikes vs. 7k likes. While I know that Home Alone is iconic at this point, I’m not really going to have a tiff over this sequel/reboot. I mean, you can still just watch the original, and if the kids enjoy this one, it would have done its job.