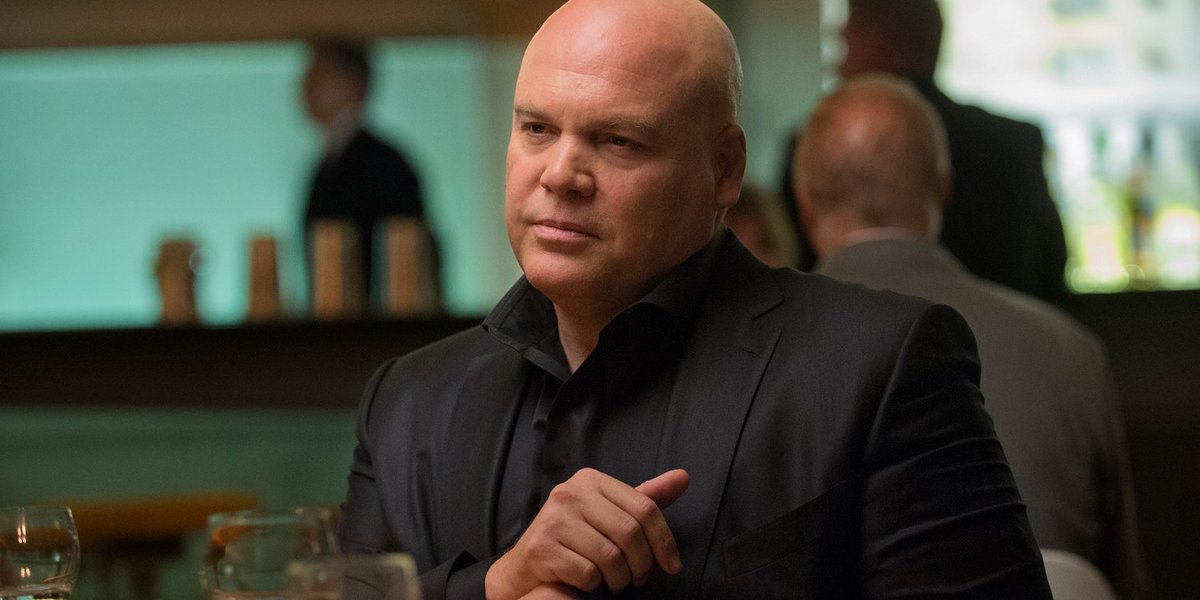 Daredevil fans aching for more of Vincent D’Onofrio’s Wilson Fisk/Kingpin shouldn’t expect the villain to pop up anytime soon. The actor responded to a question on Twitter, asking if there was “any chance of [him] being on the Defenders.” You can read D’Onofrio’s replay below:

While it’s an unfortunate confirmation, it is not a surprising one. The threat formidable enough to bring all of the street level heroes together is still unknown. However, theory and speculation points to events at the end of Daredevil Season 2 as the culprit. If so, then a still imprisoned Kingpin sitting this one out is understandable.

What’s dreadful is knowing he may not appear on screen again for another year plus. That’s assuming Daredevil Season 3 actually includes him, which it may or may not. The show’s 2018 return will be thrilling, due in part to it presumably being set after the events of The Defenders. The aftermath of that battle will leave all of the heroes in interesting states of mind. The Devil of Hell’s Kitchen will especially be moved, since Charlie Cox has teased the vigilante will have to learn to play nice with others in the field.

With Kingpin out of the way, now we await a confirmation on the Punisher’s potential appearance. Could Frank Castle be teaming with the Defenders to combat whatever New York’s up against? We can only hope for now. Although, because of Castle’s arc in Daredevil, we’re also left questioning where else we might see Kingpin. Fisk is integral to Castle’s escape from prison, considering him an asset and someone to make use of on the outside. It’s possible the villain could return during the Punisher’s spin-off. But that too may be a 2018 debut.

What we don’t have to wait long for is The Defenders‘ premiere. The show will begin airing sometime in 2017.