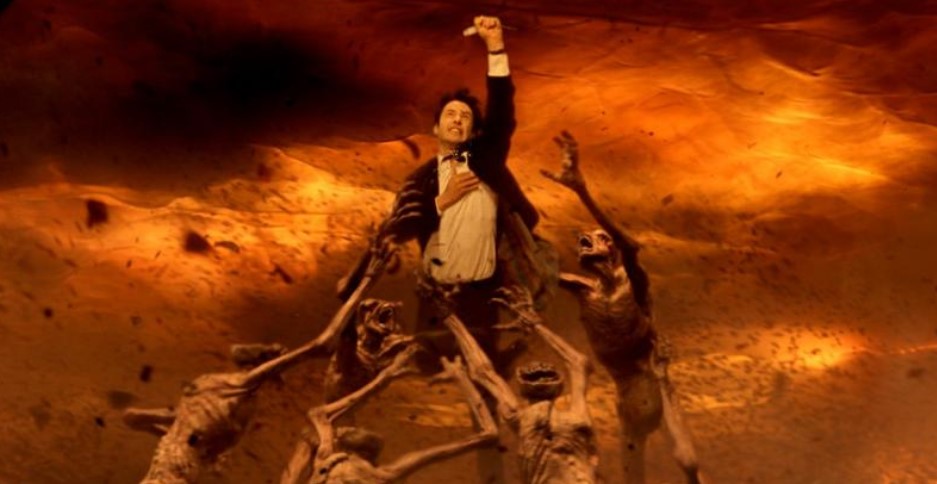 We haven’t had any updates on J.J. Abrams Constantine project for HBO Max, but we do know that a lot of fans want to bring back Keanu Reeves’ iteration of DC’s infamous hellblazer. What’s news is, even Reeves wants to bring the character back, and says he’s tried and failed to get a sequel done.

Talking to The Late Show, Reeves admits, “I would love to play John Constantine again,” and when Stephen Colbert further prods him about a sequel, Reeves says, “I’ve tried. I’ve tried, Stephen.”

Keanu Reeves would love to do a sequel to ‘Constantine.’ #LSSC pic.twitter.com/5GRgVX453P

If you’re familiar with the Hellblazer comics, you’ll know that Reeves’ version is its own unique brand of action hero. While the comic iteration of Constantine is infamously British and blonde, Reeves’ Constantine is American, has black hair, and some 2000s-era forearm tattoos. The character did keep the supernatural detective element as well as the chain-smoking.

With Reeves bringing back old characters in films like Bill & Ted and now The Matrix Resurrections, a Constantine follow-up can’t be that far down the road. Reeves and the fans seem to be enthusiastic about it, and even if they bring in a new character, The Flash’s multiverse establishment could set the stage for Reeves’ comeback. Let’s just hope that Abrams is paying attention; he’s all up for nostalgia-baiting right?

He may not be appearing in Constantine any time soon, but you can catch Reeves’ Neo in The Matrix Resurrections which hits theaters and HBO Max on Dec. 22.