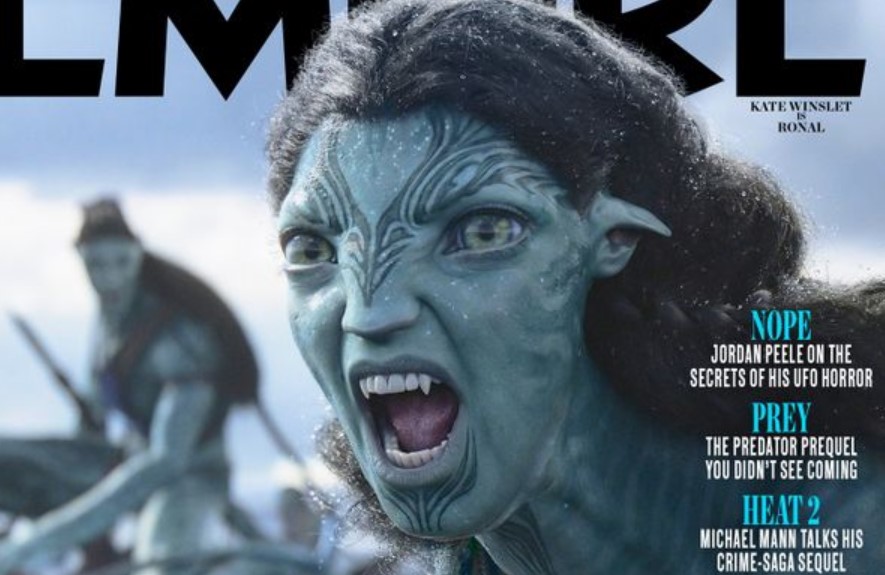 Kate Winslet is teaming up with James Cameron again for Avatar: The Way of Water, and though we know she’s been in the movie for a while, we have yet to get a look at her character.

Now thanks to Empire, we get to meet Winslet’s Ronal along with Tonowari (Cliff Curtis), both leaders of the Metkayina clan, the people who dwell the shallows of Pandora’s oceans. Check out this photo:

We also get to see Ronal on the cover of the magazine:

“She is strong. A warrior. Even in the face of grave danger, and with an unborn baby on board, she still joins her people and fights for what she holds most dear. Her family and their home.”

While the characters still have the blue skin and ears similar to the Na’vi, they do have some significant differences in appearance. For one, it looks like their eyes are much larger, and their bodies are also covered in tattoos—whereas the Na’vi just had natural patterns on their bodies.

With Jake only assimilating to the culture of the Na’vi, it’s going to be interesting to see him and his family get exposed to a new type of culture. While I expect there to be some friction, between the two tribes, I’m sure they can always team up to battle the ultimate enemy—Capitalism.

Here’s the synopsis for Way of Water:

Jake Sully and Ney’tiri have formed a family and are doing everything to stay together. However, they must leave their home and explore the regions of Pandora. When an ancient threat resurfaces, Jake must fight a difficult war against the humans.

Avatar: The Way of Water comes to theaters on Dec. 16.