Colin Trevorrow may not have been able to make his Star Wars movie, but he’s returning to a big franchise that he successfully rebooted with Jurassic World. Dominion is set to come out next year, and we have a new still of Chris Pratt’s Owen trying to tame a parasaur. 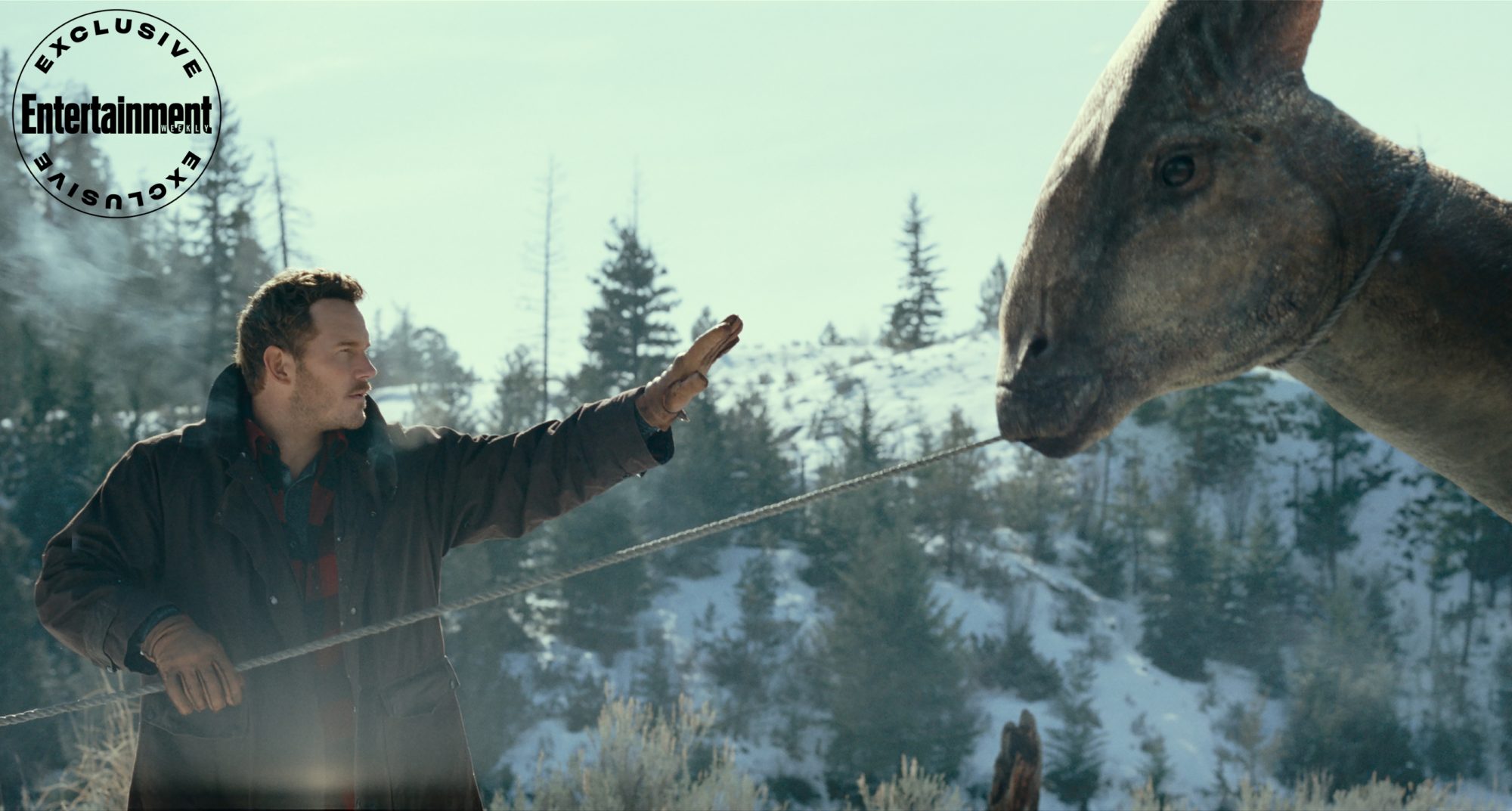 With Fallen Kingdom dealing with the evacuation of the dinosaurs from the park, Dominion will follow the aftermath of the last film, where the dinosaurs are set loose on the world. With Owen and Claire (Bryce Dallas Howard) still trying to save the dinos, they are now faced with a harder task of wrangling them from all over the globe.

Colin Trevorrow tells EW about the setting of Dominion:

“They have been multiplying and living amongst us and clashing with us… But Dominion is set all over the world, through many different environments: wilderness, urban, desert, snow. It’s exciting to see these creatures navigate environments that they weren’t built to survive in. They grew up in a theme park and now they’re here!”

As for Owen, he’s still working with dinosaurs, but now there is the danger of poachers who also want to get their hands on Jurassic World’s most valuable product.

While Jurassic World is known best for its adventure/suspense elements, it’s going to be interesting to see if Trevorrow could use the film as commentary for real-life poaching that happens in the current world.

Watch out for Jurassic World: Dominion when it comes out on June 10, 2022.