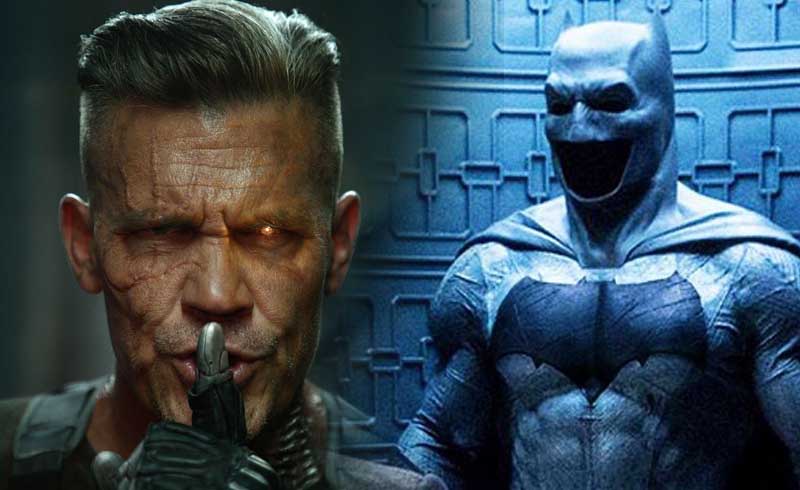 A lot of fans were initially hesitant when it was announced that Ben Affleck would be the next Batman, but after the release of Batman v Superman, everyone seems to have been onboard the Batfleck train. What’s interesting is, the role of Snyder’s Dark Knight could have went to Josh Brolin.

Talking to Josh Horowitz for the Happy Sad Confused podcast, Brolin admits that he was up for the role of Bruce Wayne before Affleck was cast. Watch this:

Josh Brolin nearly was Batman in @ZackSnyder’s universe. Some day as that grizzled older Frank Miller Dark Knight? I see it.

“That was interesting to me. That was [Zack Snyder’s] decision. That wasn’t my decision. Again, because, like something that is set up to not work at all or to work flyingly. I like those odds. I like playing with those odds… I’m like ‘am I the guy who’s gonna make it all fail?’ By the way, who I didn’t think was bad, but you know, you talk to Clooney and he’s still joking about it. It wasn’t his fault. He loves the nipple joke and that was all Joel. But he didn’t do anything wrong.”

While Affleck does have the rugged good looks, I think Brolin would have made for an interesting Dark Knight, especially counting his tough chin. He would have been ripped right out of Dark Knight Returns should Brolin have put on a batsuit.

Looking back at Brolin’s comments about ‘something set up to not work,’ I think Snyder did the same by casting Affleck as well as Gal Gadot who was unknown at the time. Too bad the gamble didn’t work with Jesse Eisenberg as Lex Luthor.

For now, fans are expecting Brolin to reprise the role of Cable in a future Deadpool film. While he may be Thanos, there’s still plenty of room for a live-action comeback to the MCU.