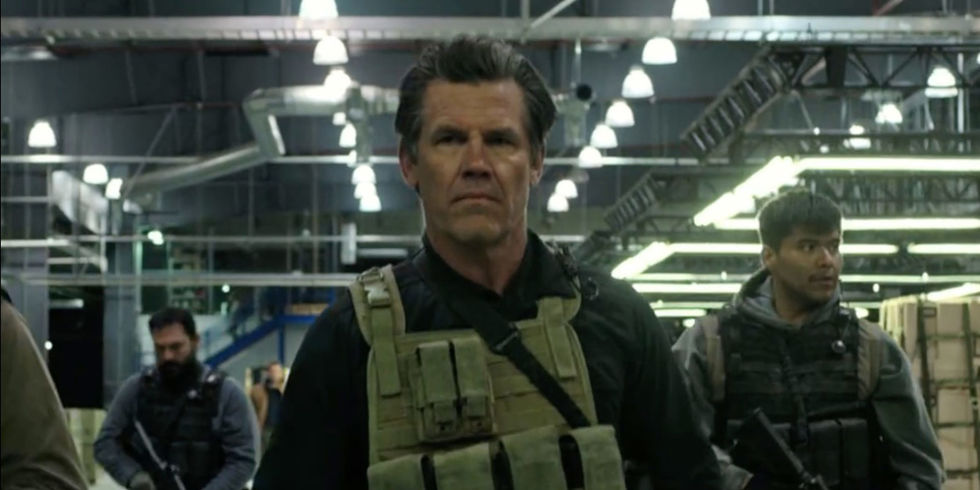 The second movie in Stefano Sollima’s Sicario franchise, Sicario: Day of the Soldado, is scheduled to premiere this week. The first movie, Sicario, came out three years ago in 2015. The crime thriller, which follows the story of a drug cartel, did well with audiences and critics. It holds an impressive 93% rating on review aggregator site, Rotten Tomatoes, and earned $89.4 million – almost three times its budget of $30 million.

Needless to say, the sequel is highly anticipated. With all the fanfare surrounding the movie, Sicario: Day of the Soldado star, Josh Brolin, spoke about his experience on the set of the movie. In his interview with Screen Rant, Brolin revealed that he didn’t necessarily expect himself to go back to the franchise. However, working with brilliant people, Benicio Del Torro in particular, is a factor that led him back to his character, Matt Graver:

“Benicio is always a major draw for me. We’ve done a lot of movies together. Five so far. And I have a feeling we’ll do more. There’s something that happens when you have a trust with somebody and it feels less competitive. I don’t have that necessarily, maybe because I’m older. Not older than Benny. But we’re the same age. When you work with younger people they’re all trying to do the best thing and all that. Whereas Benny and I just kind of had an easy volley back and forth” quipped Brolin.

The seasoned actor also spoke about Matt Graver in the recent sit-down. He revealed that audiences would be surprised with the Graver in Day of the Soldado. He isn’t the same character as he was in the first movie:

“[Matt] was so invincible in the first one. He’s so arrogant in the first one. That I wanted to see that start to crack a little bit. So, when you see him, there’s a little more weight to him psychically and physically and all that. His eyes are a little swollen, so you can tell he’s kind of been through something. And this idea of invincibility is not really working out anymore. So, I always see this movie as the movie of consequence. It’s like nothing’s quite working out as well as it did before. It’s not like that.”

Brolin explains that Matt is more conflicted in the second movie. His relationship with Alejandro Gillick has grown. Audiences would get to see more humanity from the characters:

” So, the government is telling me to do something. And I don’t like that. And I start reacting to that. So, I like the fact that something gets broken in this. And then what shows through is the humanity of both these characters, that you didn’t necessarily see in the first movie.”