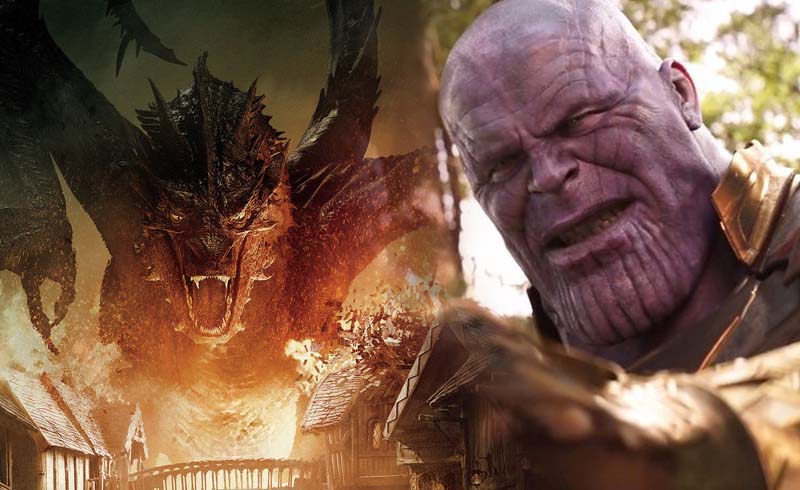 Josh Brolin tried his hand at motion capture for the first time with the character of Thanos, and he did such a fantastic job with Avengers: Infinity War. As it turns out, it was actually Benedict Cumberbatch’s role in The Hobbit that convinced Brolin to take on the role.

“…I saw Benedict Cumberbatch do I think it was for The Hobbit. And I looked on YouTube, when I was deciding whether I wanted to do it or not, and he was in this mo-cap suit on and he was in this big warehouse, and he’s crawling around like a snake, snapping his tongue out and doing this incredible performance…I saw that and was like, all right, that’s the bar — this is not bulls**t; this is something you have to sink your teeth into: conviction, embarrassment, all that kind of stuff. Then, I decided, yeah.”

Brolin had expressed before that he felt kind of silly wearing the mo-cap suit for the performance, but Hulk actor Mark Ruffalo reassured him that his performance was going to be translated really well in the final cut of the film.

Granted it would probably be hard not to feel ridiculous when the actors you are on set with are wearing elaborate costumes (like Thor and Loki), but at least Brolin didn’t have to spend hours on a make-up chair like Karen Gillan (Nebula) and Zoe Saldana (Gamora).

Brolin brought a very interesting performance as Thanos, and I can’t wait to see what’s in store for the character come Avengers 4. Hopefully the Russo Brothers have something amazing planned that no one else can predict online.

Avengers: Infinity War is still out in theaters.