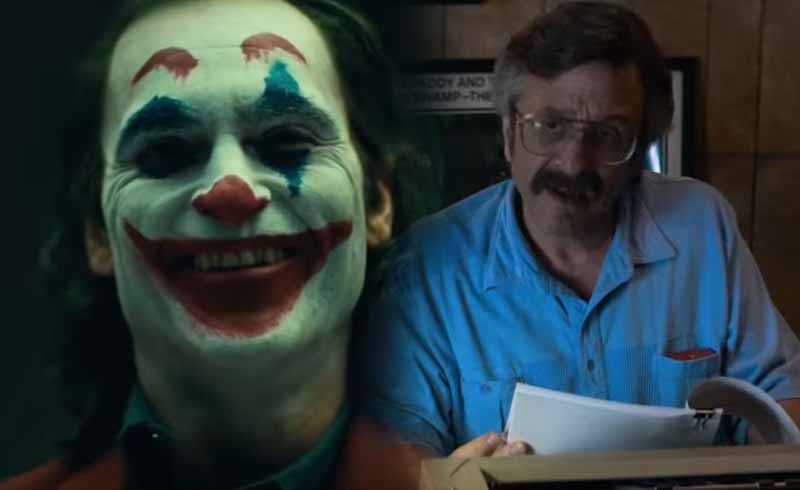 Comedian Marc Maron is probably best known for playing grumpy director Sam Sylvia in Netflix’s GLOW, but he’s set to star in the DCEU’s Joker film this coming October. Maron admittedly jumped on the film for a chance to work with Robert De Niro and Joaquin Phoenix, and though he got along with the former, he says he kind of had a hard time getting in touch with the latter.

Talking to NME, Maron had this to say about working with De Niro:

“It was great to meet [De Niro] and it was great to see him work… I wasn’t really beside myself because they do become people very quickly. When you’re not shooting you are just hanging around. Still, he’s Robert De Niro and the subtleties of how he does what he does [are] innate and amazing to watch. He’s a nice guy and kinda shy, but it was a great experience and not too much of a mindf*ck.”

It’s been rumored that Maron will be playing the producer of De Niro’s character who is said to be a talk show host. No doubt Maron will also be interacting with Phoenix’s Arthur Fleck, but when it comes behind the scenes, Maron didn’t really know how to approach Phoenix when he got into character. Maron explains:

“Joaquin is another story… I didn’t really get to talk to him because he was pretty immersed in The Joker. I was just like, ‘I’m not gonna bother that guy’. That was fine. You just gotta respect people’s process.”

If you’ve watched GLOW, you’ll know that Maron can have a knack for playing someone very cold and frank. My guess is that he’ll somehow shame Arthur Fleck when he’s trying to get into show business, and when Arthur becomes the Joker, guess who’ll be on his shit list? The producer who said he couldn’t cut it.

That’s just my guess anyway. Personally I love it when films prove me wrong, so prove away, Todd Phillips!