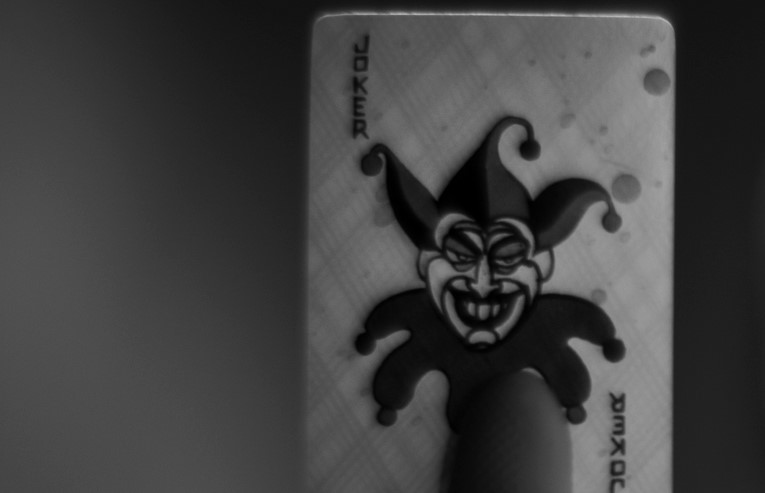 While it was good enough that Zack Snyder was able to get approval to publish his original version of Justice League, a lot of fans were surprised when it was announced that the movie would be bringing back Joe Manganiello for Deathstroke as well as Jared Leto for Joker. Manganiello had teased Slade’s look in the film back in November, and now Snyder has dropped a teaser for ‘Knightmare Joker’.

Back in November, Snyder had said that this version of the Joker was more ‘world weary’ so it would make sense that he wouldn’t look as slick as he did in the Suicide Squad movie. Just looking at the photo, I’m guessing this Joker has longer hair and a more prominent Glasgow smile. Descriptions from December have also said this Joker has longer hair, plus he’s covered in guns and police badges.

While a lot of fans didn’t really like Suicide Squad’s Joker, insiders (even director David Ayer himself) have said that the theatrical version was a watered down take on Leto’s ‘real’ performance. Hopefully this reprisal of the character will be a lot closer to what Leto was originally intending, and it could be a way for the studio to greenlight the director’s cut of Suicide Squad.

We don’t know if HBO Max is willing to drop one more trailer for Zack Snyder’s Justice League, but it would make sense for February, seeing that the film is set to hit the streaming service this coming March. While we’ve had a lot of shots from the film already revealed, I’m sure a lot of people would be interested to see all the other characters teased for the cut like Deathstroke, Joker, and Martian Manhunter.

In the meantime, fans eagerly wait for the release of Zack Snyder’s Justice League which is set to hit HBO Max on March 18.