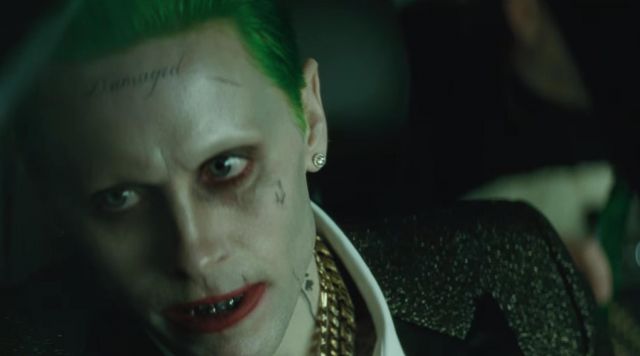 Though it looked like Jared Leto had put the role of the Joker behind after WB botched his Suicide Squad performance, Zack Snyder is bringing him back to reprise the Clown Prince of Crime in his cut of Justice League. While we don’t know how large Joker’s role will be in the film, Snyder does tease us that this Joker is different from the one we met back in 2016.

Talking to Beyond the Trailer, Snyder reveals:

“It is true… I wanted to, of course, honor what had been created with [Joker] because I thought it was really cool… Some water has gone under the proverbial bridge, between when last we saw Joker and this sort of appearance and so…he’s a road weary Joker.”

It’s interesting that Snyder would describe the character as ‘world weary’ as speculation points out that Joker’s appearance in the film will be that of another ‘Knightmare’ sequence where the Joker is now fighting alongside Batman to fend off parademons. Of course, none of that has been confirmed, but it would be interesting to see how this version of Mr. J decides to cope with the apocalypse.

“It was fun having a segment of the band together for this little vignette, and you know, working with Jared Leto was really amazing, his attention to detail and he really cares a lot about being awesome and so, you know, it was fun and everyone did an amazing level, and even trying to shoot in [the middle of a medical emergency] is you know is a bit of a deal, but everyone brought huge A-game and really wanted to be cool and I couldn’t be happier with what those guys did and it’s just really cool and good fun…it’s really the only thing that I’ve added outside of the, you know, outside of the original photography.”

After the disappointment with Suicide Squad, hopefully Leto and Snyder find some way to make the Joker they were all intending to give us in the original cut of the film. Best case scenario, enough people love the portrayal, and David Ayer gets a chance to release his original vision of Suicide Squad on HBO Max—putting a rest to all the ‘Release the x Cut’ campaigns.

No specific release date has been set for Zack Snyder’s Justice League, but the movie hits HBO Max sometime in 2021.