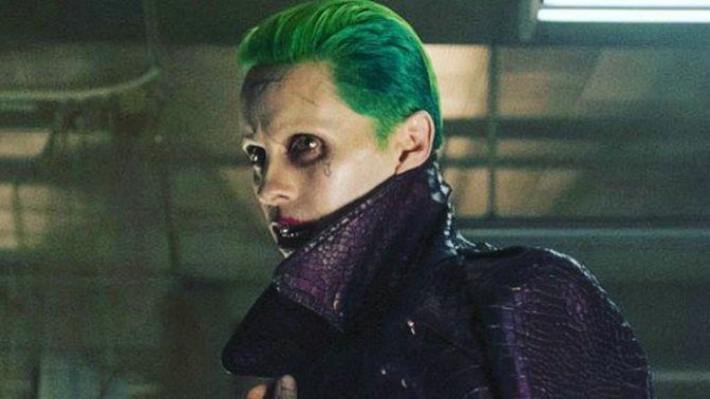 The talk of the last several days has been Suicide Squad. However, for many, it’s been more so in relation to the Joker’s presence or a lack thereof. Many fans are loving Jared Leto’s Clown Prince of Crime, others aren’t, and everyone else needs to see more. Because Joker often stole the show in trailers, audiences thought he’d have more of an impact. Unfortunately, he did not and it’s been an upsetting revelation. But fans aren’t the only ones disappointed, as Leto seems displeased, as well. A lot was cut out of the film, and in a recent interview Leto may have intimated why.

Edith Bowman asked the actor how David Ayer went about directing him on set. Leto began to explain in jest, but then revealed interesting tidbits regarding his performance’s intensity.

Bowman: “How does [Ayer] direct you when you’re in that sort of… or does he not?”

Leto: “I think he comes away with some… bleeding, I should say. But I think that I brought so much to the table in every scene, it was probably more about filtering all of the insanity, because I wanted to give a lot of options. You know, I think there’s probably enough footage in this film for a Joker movie. If I were to die tomorrow, maybe the studio would roll something out, uh, you know a Rated-R or Rated-X performance in there somewhere.”

Awesome, right? Jared Leto’s incredibly vague explanation of what was left on the cutting room floor certainly sounds as if it gives credence to his on-set antics and preparation for the role. He doesn’t stop there, though, he also adds how he wished the film would have been given the Rated-R treatment.

“I always wished this film was Rated-R, and I’d actually said that when we were starting. It felt like if a film was ever gonna be Rated-R, it should be the one about the villains.”

We couldn’t agree more. Again, his words regarding cut material seem to diminish David Ayer’s previous statements that only ten minutes of the movie was excised. It’s not a pretty precedent for Warner Bros. to keep setting, having the best version of their films appear on an Extended Cut Blu-ray. However, another exception should most definitely be made for this. The hashtag #MoreJokerLeto has been making the rounds on social media, and an Ultimate Edition would be the perfect way of scratching that itch.

You can hear the interview in its entirety below. The discussion about the cut material begins at the 9:10 timestamp.