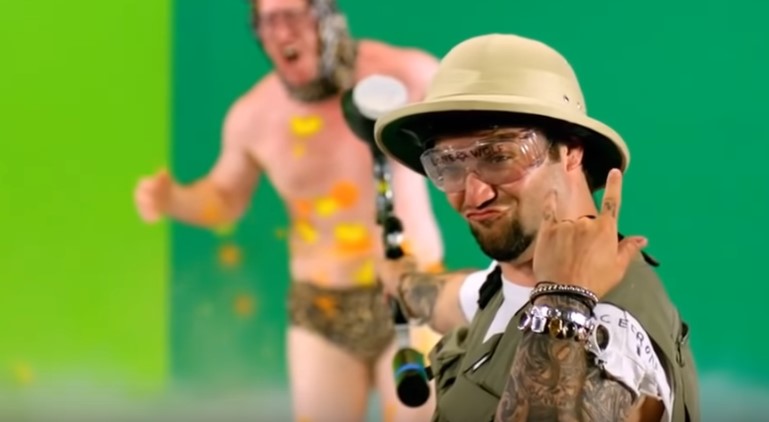 It has been more than a decade since the release of Jackass 3D, and Johnny Knoxville and his gang are set to come back with a fourth movie later this year. While the franchise has been mostly focused on this group of (very brave and stupid) friends, it looks like they’ve caught some trouble with cast member Bam Margera.

According to TMZ, longtime Jackass director Jeff Tremaine has filed for a temporary restraining order from Margera following several reports of Margera being fired from Jackass 4. In a video posted on IG, Margera had specifically pointed out Tremaine and Knoxville for being responsible for his departure, and as it turns out, it was because they wanted him to go to rehab for his drug problem.

Despite Margera’s comments, his cast-mates have nothing to offer but help. Steve-O, who had also battled with addiction in the past (while doing the Jackass films, mind you), had this to say about Margera’s statement:

“The two people you’re saying wronged you (Knoxville and Tremaine) are the same two people who organized the intervention which saved my life. Everyone bent over backwards to get you in the movie, and all you had to do was not get loaded. You’ve continued to get loaded, it’s that simple. We all love you every bit as much as we all say we do, but nobody who really loves you can enable you or encourage you to stay sick.”

In an interview with GQ, Knoxville also said about Margera:

“We want Bam to be happy and healthy and get the help he needs… We tried to push that along. I think that’s all I really want to say about it… I don’t want to get into public back-and-forth with Bam… I just want him to get better.”

For some, it seems that Margera’s life has been on a downward spiral ever since the death of his friend and fellow Jackass star Ryan Dunn. It would have been nice to see him reunited with the Jackass guys for one last time, but I guess for now, things are just not turning out the way they were planned.

Fans are excited (and admittedly anxious) for the release of Jackass 4, and the film is set to come out on Sept. 2.