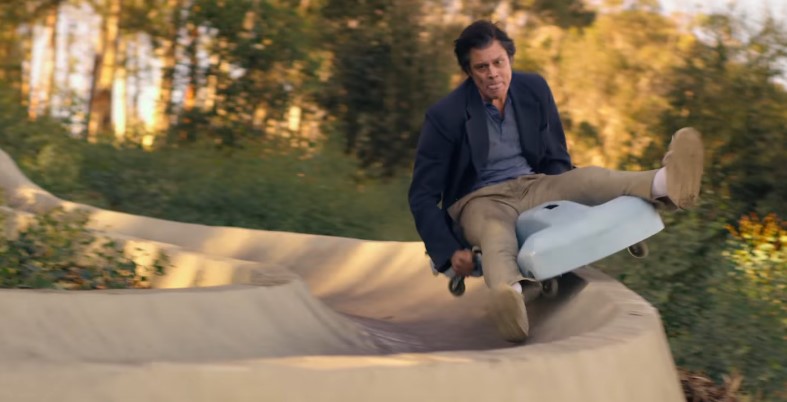 It’s been eight years since the release of Jackass 3D, but Johnny Knoxville is still up to his old antics, even making a movie based on his character, Bad Grandpa. Now Knoxville is back with a bunch of the Jackass guys with more stunts and antics with Action Point.

Everyone’s favorite daredevil Johnny Knoxville is back to his hilariously painful antics in the upcoming comedy ACTION POINT. Knoxville stars as D.C., the crackpot owner of a low-rent, out-of-control amusement park where the rides are designed with minimum safety for maximum fun. Just as D.C.’s estranged teenage daughter Boogie comes to visit, a corporate mega-park opens nearby and jeopardizes the future of Action Point. To save his beloved theme park and his relationship with his daughter, D.C. and his loony crew of misfits risk everything to pull out all the stops – and stunts – making for another wild ride from the star of BAD GRANDPA and JACKASS.

The movie is actually based on a real-life theme park called Action Park which opened back in the 70s, but was eventually closed in the 90s due to the fact that six people have died in it. The park was notorious for having poorly designed rides as well as often intoxicated park personel—no wonder the Jackass guys would have loved to tell this story.

So far, the only other Jackass member to come back is Chris Pontius, but I have my fingers crossed that other members like Steve-O or Bam Margera will make a cameo. It’s also worth noting that Jeff Tremaine, longtime director of the Jackass movies and Bad Grandpa, is not directing this project.