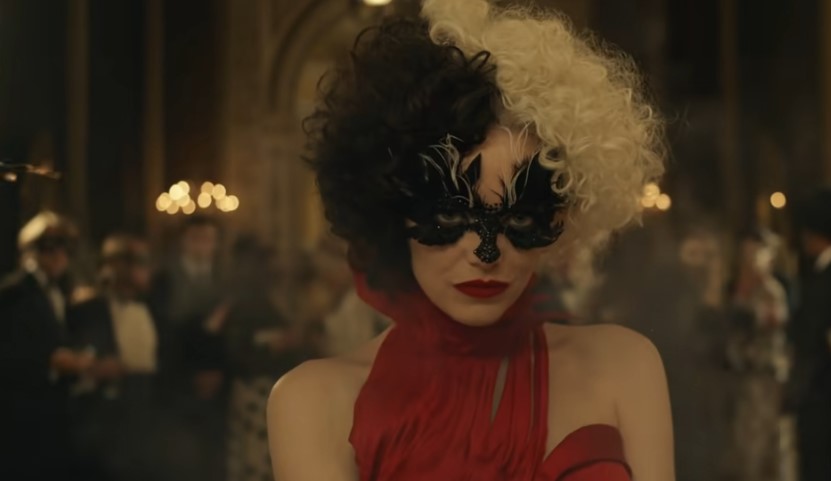 After Angelina Jolie’s run as Maleficent, Emma Stone is now set to tell the story of another classic Disney villain Cruella de Vil. Disney has just dropped a new trailer for Cruella, and it highlights Cruella’s main antagonist in the form of Baroness von Hellman.

Though the general audience has known Cruella to be a villain for decades, it looks like this von Hellman character is pretty much serving as the original Cruella. I mean, even her name ‘Hellman’ (as in ‘Hell’ ‘man’) is a reference to Cruella’s would-be name: de Vil. There’s even a neat callback (or rather foreshadowing) of Cruella stealing her von Hellman’s dalmatians­—something she’ll attempt in a more grand scale in 101 Dalmatians.

I’ll admit, originally I wasn’t too excited about the film, but it does look interesting. While the story may seem a tad predictable, it looks like the film is going to lean on what the Disney live-action films have always been strong at—the costume design. The outfits look fabulous, and it’s going to be interesting to see how Cruella sets herself apart with her ruthlessness and creativity. Let’s just hope she isn’t painted as some kind of misunderstood villain like Maleficent; everyone can use a tragic character once in a while, Disney.

Academy Award® winner Emma Stone (“La La Land”) stars in Disney’s “Cruella,” an all-new live-action feature film about the rebellious early days of one of cinemas most notorious – and notoriously fashionable – villains, the legendary Cruella de Vil. “Cruella,” which is set in 1970s London amidst the punk rock revolution, follows a young grifter named Estella, a clever and creative girl determined to make a name for herself with her designs. She befriends a pair of young thieves who appreciate her appetite for mischief, and together they are able to build a life for themselves on the London streets. One day, Estella’s flair for fashion catches the eye of the Baroness von Hellman, a fashion legend who is devastatingly chic and terrifyingly haute, played by two-time Oscar® winner Emma Thompson (“Howards End,” “Sense & Sensibility”). But their relationship sets in motion a course of events and revelations that will cause Estella to embrace her wicked side and become the raucous, fashionable and revenge-bent Cruella.

Catch Cruella when it comes out in theaters and on Disney+ on May 28.