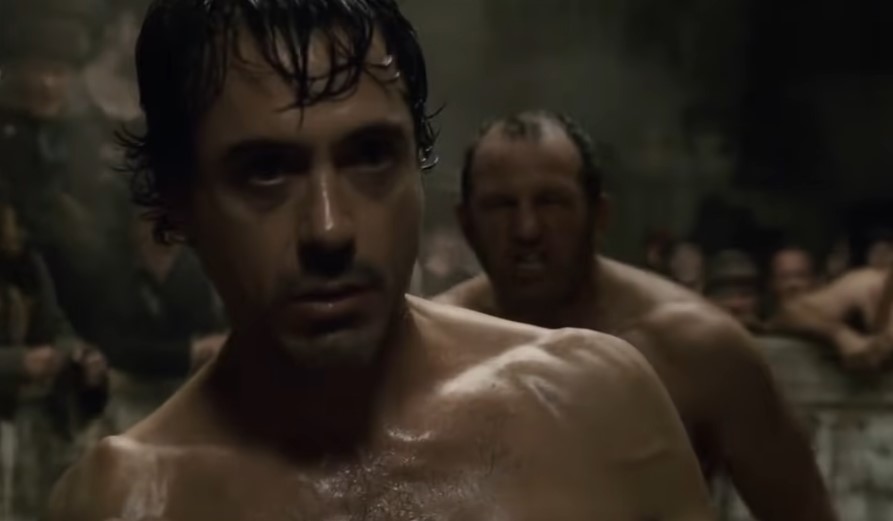 While Robert Downey Jr. kind of failed to launch a Doctor Dolittle franchise after Avengers: Endgame, he is coming back to reprise the World’s Greatest Detective (who isn’t Batman) onscreen, Sherlock Holmes. We don’t know when the movie starts shooting, but it’s possible that Downey is teasing us with some training videos of himself.

While there isn’t any official confirmation that this is for Sherlock Holmes 3, a lot of the hand movements are very reminiscent to that of RDJ’s Holmes whenever he does fight scenes. Add some slow-motion, calculating voiceover, and you have the return of one of the more memorable scenes from Downey’s first Holmes film:

Admittedly, RDJ seems to be have taken it easy when it comes to his career. In the past decade, he’s mostly just played Tony Stark or some cameo in a films like Chef and The Nice Guys. It’s going to be interesting to see him come back as Sherlock, but I wouldn’t hate it if he found some other, more challenging roles to keep him on his feet.

Sherlock Holmes 3 was originally set to come out this year, but the pandemic has forced WB to delay the film indefinitely. The film has already tapped Dexter Fletcher (Rocketman) to direct the film, but a lot of fans (myself included) still have their hopes that original director Guy Ritchie would find himself back at the helm.

No official release date has been announced for Sherlock Holmes 3.