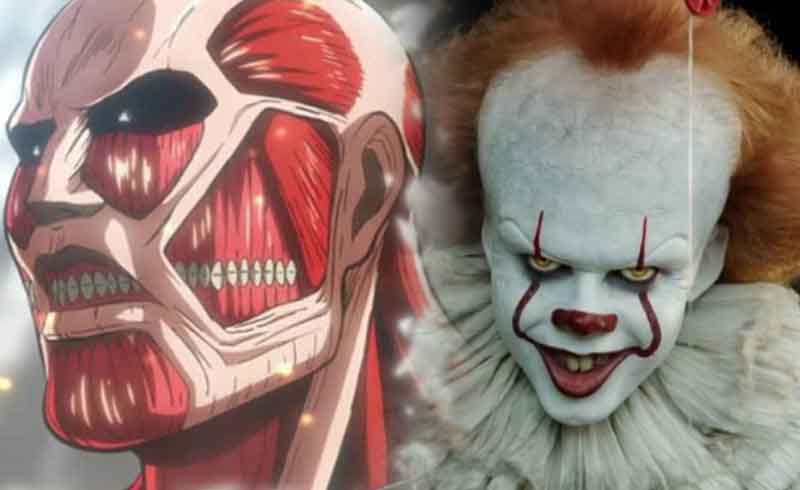 Andy Muschietti absolutely horrified audiences last year with his adaptation of Stephen King’s IT, and he’s currently working on the sequel set to come out in 2019. As it turns out, he’s been hired to helm another horror project for WB, and it will be in a much larger, more massive scale.

As per Variety, Muschietti has been hired to direct the live-action adaptation of Attack on Titan. The studio was said to have finalized the deal with Kodansha last Monday, and the movie will have producers David Heyman (Harry Potter), Barbara Muschietti (IT), and Masi Oka (Mega Man) attached to produce.

It’s worth noting that a live-action Japanese version has been made for Attack on Titan, but the reviews came out terrible, and the CG effects sub-par. With a big studio like WB, everyone is hoping that we get a more polished adaptation of the material, and with Muschietti onboard, we could truly embrace the horror aspect that the Titans were supposed to bring to the audiences.

Attack on Titan is a manga written by Hajime Isayama, and it’s grown to be one of the most popular IPs in Japan since its debut in 2009. The story focuses on a somewhat dystopian future where the whole of humanity has been forced to hide behind walls to keep themselves safe from the Titans—horrifying giants that seen to have no purpose but kill human beings; not eat, kill.

Though Attack on Titan may look like an action manga on the surface, at its very core is the genre of mystery and horror; horror from what the Titans could do to the humans, and mystery in the sense that the Titans seem to be sentient and have an unknown motive.

Though adaptations of anime usually end up badly, I’m crossing my fingers that Muschietti is given enough creative liberty to make the story his own without crapping all over the source material. Either way, someone’s not going to be happy about the final product, so we should be ready for that.

No release date has been announced for WB’s Attack on Titan.