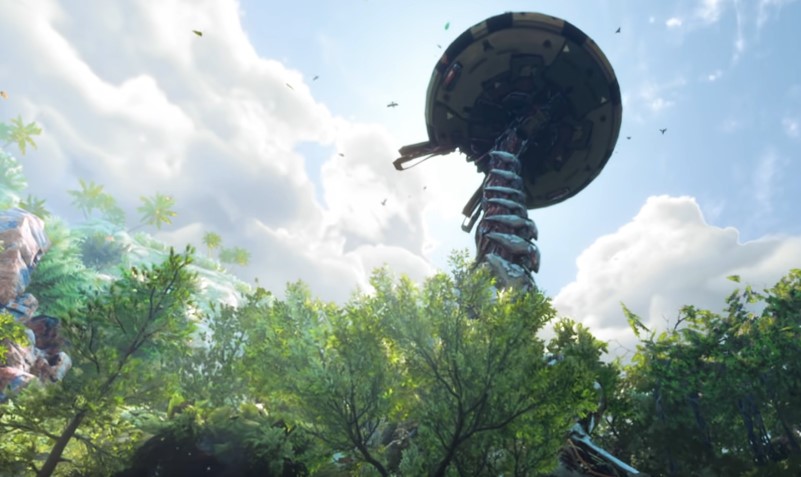 Horizon Forbidden West is set to come out this February, Guerrilla Games and Firesprite have decided to announce a spinoff set in the world of Horizon and created for the next generation of PSVR.

Have a look at Horizon Call of the Mountain:

Horizon Call of the Mountain, created for PlayStation’s Next-Gen VR hardware, is an upcoming brand-new adventure in the world of Horizon. Embrace a new level of immersion in an unique experience, designed to push hardware technology, innovation, and gameplay.

Though the original games focus on Aloy, it looks like you’ll be able to take control of a completely different character for Call of the Mountain. Even if you aren’t Aloy though, PlayStation promises that she’ll be making an appearance in the game. This new character is a part of a future tribe that will probably bring its own culture and perspective to the table. No doubt you’ll run into the same tribe in Forbidden West as well; we haven’t met them yet, but Call of the Mountain’s protagonist is set to be revealed soon.

Aloy may be the one with the story in Horizon, but the world is vibrant and full of fantastic visuals. It would be amazing to actually step into the world and witness it with advanced VR. I don’t expect that much animal riding though.

No release date has been announced for Horizon Call of the Mountain yet, but it’s likely it will come out for PS VR2 after the release of Forbidden West. Catch Horizon Forbidden West when it comes out for the PS4|PS5 on Feb. 18.