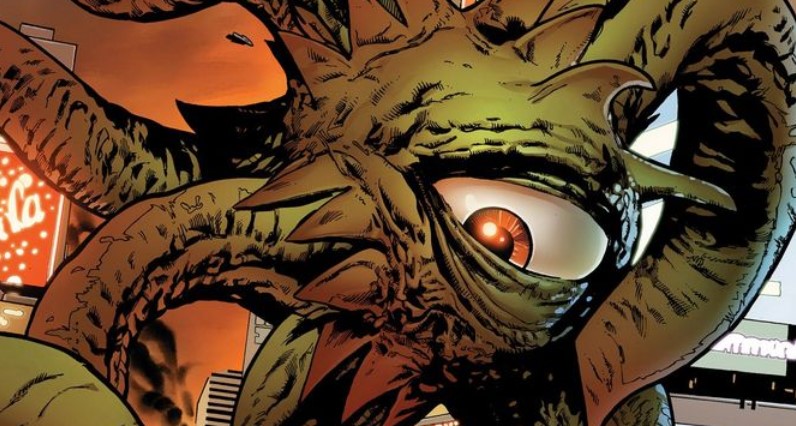 A lot of fans got excited when it was announced that Marvel villain Shuma-Gorath was going to show up in Doctor Strange in the Multiverse of Madness, and some promos have shown images of a creature with a giant eye and tentacles. While some are sure that this was Shuma-Gorath, promos have been calling the creature ‘Gargantos’. So is it a different character? Turns out the answer could be complicated.

As pointed out by @UpToTASK on Twitter, the name “Shuma-Gorath” was actually created for Conan by Robert E. Howard, and Marvel would find themselves in a legal pickle if they used the name without permission. Here’s the post:

After doing some research on ̶G̵a̵r̵g̵a̵n̵t̵o̵s̵/Shuma-Gorath, I get it but I hate it. The name "Shuma-Gorath" was first created by Robert E. Howard for Conan. And yea, that's a WHOLE problem that can be avoided by simply changing the name. UGH that SUCKS. But at least it's him? pic.twitter.com/fw6LvA6qri

As it turns out, Marvel could find themselves in a whole lot of trouble if they used the name, and simply changing it to the name of another green creature with a mono-eye was the simplest solution.

Granted, there will definitely be some people pissed at the change (probably people who would earn something from Marvel using the actual Shuma-Gorath), but I think the character is obscure enough that general audiences won’t really care.

Then again, what if Marvel is just teasing Gargantos, and a much larger, Lovecraftian-esque Shuma-Gorath will appear at some point in the film? I’m getting giddy just imagining it.

With Sam Raimi at the helm, hopefully Marvel is ready to go fully weird with Multiverse of Madness. Phase 4, while it has its attempts at experimentation, is still pretty drenched in the Marvel formula. Strange is the perfect character to introduce us to some more weird in this world.

Catch Doctor Strange in the Multiverse of Madness when it comes out May 6.