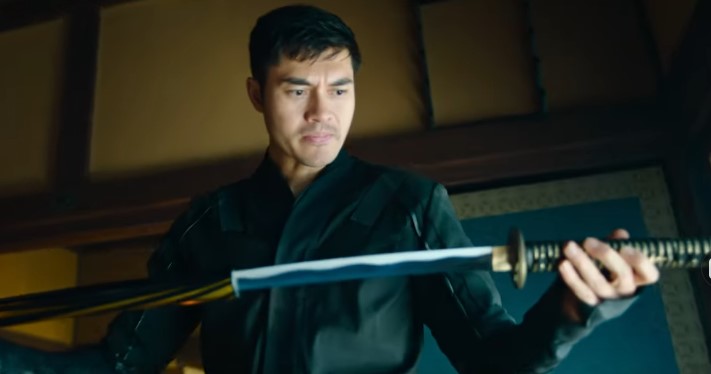 The G.I. Joe franchise has been on hiatus since the release of G.I. Joe: Retaliation back in 2013, and almost a decade later, Paramount is looking to revisit the franchise with a prequel/reboot centered on everyone’s favorite silent ninja

Snake Eyes: G.I. Joe Origins stars Henry Golding as Snake Eyes, a tenacious loner who is welcomed into an ancient Japanese clan called the Arashikage after saving the life of their heir apparent. Upon arrival in Japan, the Arashikage teach Snake Eyes the ways of the ninja warrior while also providing something he’s been longing for: a home. But, when secrets from his past are revealed, Snake Eyes’ honor and allegiance will be tested – even if that means losing the trust of those closest to him.

Though Snake Eyes may be the titular character, the film is also going to feature other Joe fan-favorites like Scarlett (Samara Weaving), The Baroness (Ursula Corbero), and of course, Snake Eyes’ rival Storm Shadow (Andrew Koji).

Hopefully this builds up to a full Joe movie complete with characters like Duke and Cobra Commander, but for now, Paramount is still waiting to see how the first G.I. Joe Origins will do. So far, the film looks like a solid action movie with a lot of great stunt work. Let’s hope it has some more cool tech that made the first movies fun.

Catch Snake Eyes: G.I. Joe Origins when it comes out on July 23.