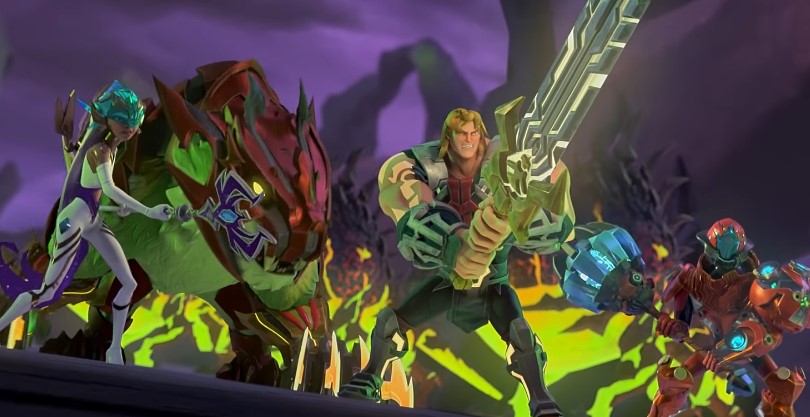 Neckbeards got angry at Kevin Smith for “ruining” He-Man with Masters of the Universe: Revelations, but that show is nothing compared to how Netflix has rebooted the entire franchise with their upcoming CG-animated show.

Watch the first trailer for Netflix’s He-Man and the Masters of the Universe:

He-Man and his powerful friends learn what it means to be a hero while battling the evil forces of Skeletor and his minions.

At first glance, you can see that this is a radical change from the original cartoon as well as the 2002 reboot. There looks to be a deviation from the magic/fantasy elements with more focus on sci-fi, that’s why Orko is a robot.

You’ll also notice that He-Man’s ensemble has changed from muscle-bound adults to kids who look just like Adam. The show also looks to have dropped Cringer’s ‘scaredy cat’ persona.

While I can already imagine a lot of people who are angry at the show, it’s worth putting to mind that the original He-Man franchise exists to sell toys. We don’t know if kids will latch on to this property yet, but if they love it, and if they can get some neat toys out of it, then the reboot would have done its job.

Personally, I love the fantasy/sci-fi aesthetic of the original, and that’s the image of He-Man that’s lasted through time (and is embraced by Revelation). Hopefully the live-action movie will be closer to the original cartoon (whenever it comes out, that is).

Catch He-Man and the Masters of the Universe when it premieres on Netflix on Sept. 16.