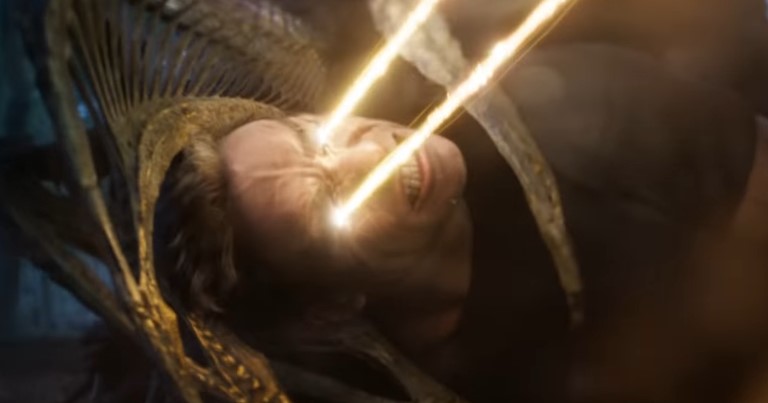 A lot of critics online are still gushing about Shang-Chi and the Legend of the Ten Rings, but Marvel Studios has decided to ride the hype train and release a final trailer for Eternals. Now we have a better look at the plot, as well as the antagonists of the film—the Deviants.

Check out the trailer for Eternals down here:

While the first trailer gives us a general introduction of the Eternals, this preview gives us a bit more on the main story of the film. We’re teased that we’ll get an explanation as to why the Eternals didn’t intervene with Thanos in previous world-ending events, and we also get our first look at these Deviants that are their sworn enemies.

I suspect that we’ll eventually get a villain with a face in this film, but for now I guess Marvel is fine being sparse with their reveals. My guess is that it’s one of the Eternals who will turn out to be the big bad—possibly Angelina Jolie’s Thena—but hopefully Marvel thinks that it would be too predictable and go a different route.

With the franchise starting to get formulaic by Phase 2, a lot of fans are hoping these new, more obscure entries in the MCU will shake of the feeling of “superhero fatigue”. Let’s just wait and see till November if things will feel different.

The Eternals, a race of immortal beings with superhuman powers who have secretly lived on Earth for thousands of years, reunite to battle the evil Deviants.

Eternals comes out on Nov. 5.